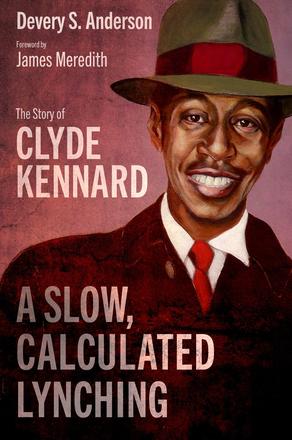 The Story of Clyde Kennard

The harrowing, yet pivotal, story of a brilliant integration advocate

In the years following Brown v. Board of Education, countless Black citizens endured violent resistance and even death while fighting for their constitutional rights. One of those citizens, Clyde Kennard (1927–1963), a Korean War veteran and civil rights leader from Hattiesburg, Mississippi, attempted repeatedly to enroll at the all-white Mississippi Southern College—now the University of Southern Mississippi—in the late 1950s.

In A Slow, Calculated Lynching: The Story of Clyde Kennard, Devery S. Anderson tells the story of a man who paid the ultimate price for trying to attend a white college during Jim Crow. Rather than facing conventional vigilantes, he stood opposed to the governor, the Mississippi State Sovereignty Commission, and other high-ranking entities willing to stop at nothing to deny his dreams. In this comprehensive and extensively researched biography, Anderson examines the relentless subterfuge against Kennard, including the cruelly successful attempts to frame him—once for a misdemeanor and then for a felony. This second conviction resulted in a sentence of seven years hard labor at Mississippi State Penitentiary, forever disqualifying him from attending a state-sponsored school. While imprisoned, he developed cancer, was denied care, then sadly died six months after the governor commuted his sentence. In this prolonged lynching, Clyde Kennard was robbed of his ambitions and ultimately his life, but his final days and legacy reject the notion that he was powerless.

Anderson highlights the resolve of friends and fellow activists to posthumously restore his name. Those who fought against him, and later for him, link a story of betrayal and redemption, chronicling the worst and best in southern race relations. The redemption was not only a symbolic one for Kennard but proved healing for the entire state. He was gone, but countless others still benefit from Kennard’s legacy and the biracial, bipartisan effort he inspired.

"A Slow, Calculated Lynching: The Story of Clyde Kennard makes a vital and timely contribution to our understanding of how the courage of everyday people can wield immense influence. Through the life of war veteran and farmer Clyde Kennard, readers will vividly see how the sacrifices of a few can change lives for the many."

"Clyde Kennard is known to scholars of the civil rights movement, but his name is not familiar to most Americans. It needs to be. He paved the way for many, and some, like me, learned from his mistakes as well as his perseverance. My hope is that this book goes a long way in finally giving Clyde Kennard his due."

"Clyde Kennard was a dreamer and optimist whose courageous struggle to attend his hometown university was halted by actors who were far more committed to racial segregation and white power than any possible measure of merit or justice. Devery S. Anderson has finally given us the Clyde Kennard book that we deserve, well-researched and sympathetic, with a touch of righteous indignation."

- William Sturkey, author of Hattiesburg: An American City in Black and White

Other Books By Devery S. Anderson or James Meredith 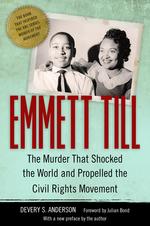 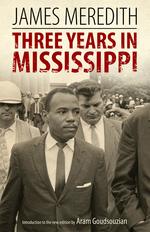 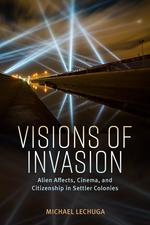