WOMEN OF THE MOVEMENT to premiere on ABC

Women of the Movement, based on Emmett Till: The Murder That Shocked the World and Propelled the Civil Rights Movement, to premiere on ABC

My journey with Emmett Till began in 1994 when I learned about the case for the first time. Ten years later I began researching and writing the book that became Emmett Till: The Murder That Shocked the World and Propelled the Civil Rights Movement. That project itself took ten years to complete, and the book was published by the University Press of Mississippi in August 2015. That researching and writing journey alone, with its fourteen trips to the South and Chicago, the archival research and the numerous interviews with family members, reporters who covered the murder trial, and others, is a story in itself.

In January 2015 I received a call from Rosanna Grace of Serendipity Film Group, who wanted to option the soon-to-be-published book for a movie about the case. After later merging with other producers, signing on with HBO, which wanted to turn the story into a miniseries, hiring a writer, and then seeing HBO pass on the project in the end, another two years passed before ABC took it on in August 2019. After they gave it the green light a year after that, everything moved quickly.

The project, based on my book, became Women of the Movement, season one. The series will be an anthology highlighting the women who helped lead the civil rights movement—some known, others not so known. The first season—a six and a half-hour series all focused on Emmett Till, will air on ABC beginning January 6, 2022, and will also stream on Hulu.

As the screenwriter developed the script, she occasionally asked for some clarification, and so I read it in its entirely, making suggestions and providing some needed corrections along the way. When filming began in January 2021, COVID restrictions kept anyone not essential to the production from visiting the set. I knew that I wanted to be there—I had to be there—at least for some of it. So that gave me an idea: What if I were to be in it? I knew they would need extras in most scenes, but having read the script, I knew the murder trial would be covered in three of the six hours. I also knew that they would be filming in the original courtroom in Sumner, Mississippi, where J. W. Milam and Roy Bryant were tried for the murder of Emmett Till back in September 1955. They would need gallery spectators, but since that group changes from day-to-day, I knew that the one thing that would give me a guaranteed seat for every day of shooting the trial would be if I could sit as a juror. So that immediately became my goal.

I called Rosanna and asked her if she could pass my request to someone in casting, and they immediately told her this could probably be done. Later I got a call from the background casting person, who sent me a portion of the script to read, in a homemade video and then send it to him. Suddenly I was auditioning for a part in a Hollywood project! I tried to come up with a southern accent (not an easy task for this northerner!), had my family film it, and I sent it off. I got offered the role, accepted it, and in early March found myself on a plane to Mississippi, where I spent the next two weeks on set, came home for six days, and then went back—this time having been bumped up to principle cast, I got my own dressing room and even got a speaking line! (which, I hear was cut in the end—oh well!).

Although I discovered that you spend more time in the green room than you do on set, it was amazing and surreal to sit as a juror and watch this all unfold before my eyes. To see the defendants, the black press, the judge, the witnesses, Mamie Till, and the attorneys for both sides sitting where they sat sixty-six years earlier—and looking so much like them--was something words cannot express. Having studied this case in such detail for so long, I had envisioned these scenes in my head many times. It felt like I had been transported back in time to experience it all. To see Glynn Turman, in the role of Mose Wright, stand and point out the killers in court, was a moment I’ll never forget. To see Adrienne Warren, who plays Mamie Till, cry when the prosecutor showed her photos of her son’s body as it looked when pulled from the river, was emotionally unsettling for me. To hear the prosecutor’s powerful closing arguments as he looked the jury right in their eyes sent chills down my spine.

On December 16, I got to attend the Hollywood premiere of Women of the Movement and was reunited with cast members who I got to know and bond with in Sumner nine months earlier. It was a beautiful reunion that lasted for hours as we talked, reminisced, ate, and laughed. Yet underneath all of that joy and happiness we felt as we saw the hard work of everyone coming to fruition, was a deep satisfaction about sharing a story with the world that everyone needs to see, a story that will make a tremendous impact. None of that was lost on any of us. 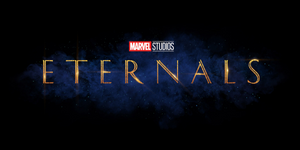