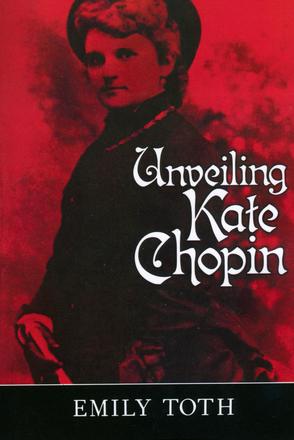 This is the true, unvarnished life story of the girl who grew up to write The Awakening, a masterpiece published 100 years ago. With its portrayal of a woman whose sexual desires take her outside marriage, it rocked American literature's cozy conception of womanhood.

In Unveiling Kate Chopin Emily Toth, the foremost authority on Chopin's life and works, creates a sharply revealing portrait of a modern woman in a Victorian world. Born in St. Louis in 1850, Kate O'Flaherty was raised by wealthy, feisty widows and educated by brilliant nuns. She endured a mysterious “outrage” committed against her by Union soldiers in her teens and suffered what moderns now call a “loss of voice. ” But she survived to become a lively, dangerously clever social observer.

She had the talent and then the life experiences to become a writer. Her Louisiana-born husband, Oscar Chopin, had grown up in France and did not restrict her. In New Orleans (where she gossiped with the painter Edgar Degas) and then in rural Louisiana (where the neighbors hated her), Kate produced six children in nine years. Yet she retained her individuality and her wicked sense of humor. After her husband's sudden death, Kate's affair with another woman's husband was a village scandal—but following the lessons of the French women who raised her, she knew when to leave.

After the death of her mother, Kate reinvented herself as the author of engaging short stories set in Louisiana. Many had unusual social messages. “In Sabine” opposed domestic violence. “At the 'Cadian Ball” supported sexual expression for women. “Odalie Misses Mass” suggested that interracial friendships between African American and white women were possible. She condemned the idle rich and celebrated single mothers. To promote her own career, she created the first salon in St. Louis and became the first woman in the city to become a professional fiction writer. Although she claimed to be un-serious about her craft, newly discovered manuscripts, which Toth mines for the insights they offer, reveal her as a dedicated artist who wanted to reach her readers' hearts.

Toth portrays Kate as a bright, ambitious woman who ruffled staid souls, and when she published The Awakening, her foes pounced. Many reviews of the novel were uncomprehending, many were vicious, and her next book was canceled. Her family suffered; her health declined; and Kate died in 1904, silenced ahead of her time. Now, a century later, Toth sees Kate as a woman of unique wit and astonishing talent and as the daring author who wrote the most radical, notorious American novel of the late-nineteenth century.

Other Books By Emily Toth 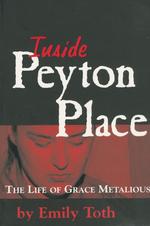