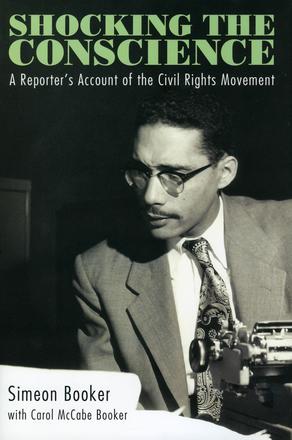 An unforgettable chronicle from a groundbreaking journalist who covered Emmett Till’s murder, the Little Rock Nine, and ten US presidents

Within a few years of its first issue in 1951, Jet, a pocket-sized magazine, became the “bible” for news of the civil rights movement. It was said, only half-jokingly, “If it wasn’t in Jet, it didn't happen. ” Writing for the magazine and its glossy, big sister Ebony, for fifty-three years, longer than any other journalist, Washington bureau chief Simeon Booker was on the front lines of virtually every major event of the revolution that transformed America.

Rather than tracking the freedom struggle from the usually cited ignition points, Shocking the Conscience begins with a massive voting rights rally in the Mississippi Delta town of Mound Bayou in 1955. It’s the first rally since the Supreme Court’s Brown decision struck fear in the hearts of segregationists across the former Confederacy. It was also Booker’s first assignment in the Deep South, and before the next run of the weekly magazine, the killings would begin.

Booker vowed that lynchings would no longer be ignored beyond the black press. Jet was reaching into households across America, and he was determined to cover the next murder like none before. He had only a few weeks to wait. A small item on the AP wire reported that a Chicago boy vacationing in Mississippi was missing. Booker was on it, and stayed on it, through one of the most infamous murder trials in US history. His coverage of Emmett Till’s death lit a fire that would galvanize the movement, while a succession of US presidents wished it would go away.

This is the story of the century that changed everything about journalism, politics, and more in America, as only Simeon Booker, the dean of the black press, could tell it.

As a reporter for Ebony and Jet magazines, Simeon Booker chronicled some of the biggest social and political events of the twentieth century. For fifty years, Booker's coverage of the civil rights movement was a fixture in many homes.

He was so revered that when young black reporters came out of college in the 1950s, they looked him up. Like English department grads trekking off to Havana to find Hemingway.

- The Man from Jet, Wil Haygood, The Washington Post

Booker covered every Presidential election since the Eisenhower Administration in his fifty-three years with Johnson Publishing until he retired in 2007. . . [and in 1982] received one of the most prestigious awards in journalism, the National Press Club's Fourth Estate Award.

Focusing considerably more on the dramatic heyday of civil rights in the 1950s and '60s than on Booker's later career, Shocking the Conscience is a readable, personal, and often moving portrait of grass-roots struggles, high politics, and the role of black journalists who chronicled bloody and transformative moments in modern American history.

A history of Booker's 65-year journalism career, which explains how blacks went from being completely ignored in the mainstream press to being the focus of heavy coverage of the civil rights movement, and the role of Booker's civil rights reporting in Jet magazine.

Booker, a humble man with thick glasses, covered many major events during his long career, including many epochal civil rights moments, including the desegregation of Little Rock's Central High School, and the administrations of ten presidents.

'As one of the nation's leading black writers, he never seemed terribly impressed with the important role he was playing in journalistic history,' says Moses Newson, who worked as a reporter for the Afro-American newspapers and covered many of the same events.

During his fifty-three years as Washington, DC, bureau chief for Jet magazine, [Booker] earned the distinction of being called 'the dean of black journalists in the nation's capital. '

Shocking the Conscience is an indispensable and overdue book that fills an important gap in the history of the coverage of race in America. As the Washington bureau chief for Jet and Ebony during five decades, Simeon Booker knew everyone who mattered, went everywhere that news occurred, and covered every major story in the struggle for racial equality. As a journalist, Booker had a front-row seat to the full sweep of the history of civil rights. Now, his insider's eyewitness account adds a crucial perspective to the history of American journalism. Picking up where The Race Beat left off, Booker shows us the challenges of covering race in America from the vantage point of the most important African American news media of the day. Shocking the Conscience will be required reading for anyone who wants a full understanding of this transformation in our nation's history.

- Christopher B. Daly, associate professor of journalism at Boston University and author of Covering America: A Narrative History of a Nation's Journalism

Shocking the Conscience tells a story that needs to be told about the courage and determination of a black journalist during the civil rights era. Because of the relationship that developed with the family, Booker's coverage of the murder of Emmett Till in particular provides unique insights. Journalists, we often say, write the first draft of history; Booker's story behind the story holds up well.

One of our nation's greatest journalists, Simeon Booker's legacy is that of trailblazing reporter, radio commentator, author, and most of all, selfless and courageous advocate and defender of his people. I congratulate my dear friend, Simeon Booker, a preacher's son born in Baltimore, for another milestone in his career. In the pantheon of American journalism, he stands in the first tier.

Simeon Booker deserves enormous and emphatic accolades for his outstanding insights and his courageous involvement in the American civil rights crusade. His vivid portrayals and inspiring portraits absolutely capture those times and clearly point us in the direction of these times that still beckon freedom fighters.

Starting with his fascinating, inside account of the Emmett Till drama, Simeon Booker's Shocking The Conscience not only spans the civil rights movement, it serves as a testament to his role as a pioneer breaking color barriers in his own profession.

Shocking the Conscience is an eyewitness account of one of the most moving and turbulent periods in American history. Simeon Booker was there. He saw it with his own eyes and used the power of his pen to spread the word. This book tells the story of a people's struggle to be free and the sacrifice that it took to bring down the walls of separation and division in America.

The black press was always first on the scene during the civil rights movement, and its dean, Simeon Booker, chronicled the battle from the very front lines of the struggle. From covering the Emmett Till murder and subsequent trial to daringly accompanying the Freedom Riders as they challenged the ramparts of segregation, Booker brought the story of the civil rights movement alive on the pages of Jet and Ebony magazines. His reporting informed and inspired millions of black readers. Now, in Shocking the Conscience, Booker's own eyewitness account of those years is told with the verve and passion of a young reporter and the reflective contemplative tones of an older man looking back over a half-century of pioneering journalism. This is a history not to be passed up by anyone wanting to learn the inside story on the critical role the black press played in the nation's most important and enduring fight for equality.

- James McGrath Morris, author of Pulitzer: A Life in Politics, Print, and Power and Eye on the Struggle: Ethel Payne's Journey Through the Civil Rights Movement

An eyewitness to more than a half century of civil rights history, Simeon Booker has given us a riveting narrative of his experiences as a black reporter in the segregated South together with the often unsung role of the black press in reporting and shaping the story. Shocking the Conscience should be required reading for every young person. Booker describes with journalistic detail the Emmett Till trial. He was there. This is history as it was lived and observed by one of journalism's giants.

Simeon Booker has immersed himself in a history that many researchers have missed; he keeps opening up doors that other historians seem to have walked past. If history is a tapestry of stories, then the bright new thread running through accepted civil rights history and giving it new dimension is Simeon Booker's fresh narrative.

For three decades–from the dark days following the murder of Emmett Till in 1955 to the battles over busing and affirmative action in the 1970s–Simeon Booker was on the scene as a reporter, covering and commenting on the civil rights movement that transformed a nation. Now Booker has written a searing and eye-opening memoir that takes us back to that epochal time of struggle and sacrifice, when he and other brave journalists risked everything to record the death rattle of Jim Crow. Reading his eloquent words reveals the very soul of the struggle.

- Raymond Arsenault, the John Hope Franklin Professor of Southern History at the University of South Florida, St. Petersburg, and author of Freedom Riders: 1961 and the Struggle for Racial Justice

Simeon Booker, renowned journalist, tells a riveting firsthand account of the civil rights movement. He vividly recounts the perils and violence he witnessed as civil rights leaders and organizers fought for the right of African Americans to vote and brings back to life the giants of the civil rights era. In the wake of renewed voter suppression efforts and the continued fight for equality, Shocking the Conscience reminds us of how far we have come and how far we have yet to go. This book is a must-read for our newest generation of leaders.

Simeon Booker lived and breathed civil rights and politics. As Jet magazine's Washington bureau chief, Booker, as he was affectionately known, covered every major political event affecting African Americans. He told our stories to our readers but in his own way—with honesty and humility.

Simeon Booker was there when Emmett Till's mother first opened his casket and saw his disfigured face. He was on the bus when the first Freedom Riders rode into Alabama. He knew all the famous civil rights leaders, and he writes movingly about others who should be equally well-known. His book is outstanding—sharp writing (by himself and Carol Booker) to equal his brave reporting. Read it and give it to anyone who loves American history and to any journalist.

I have not read a book on the history of the African American which I find more informative and enlightening than Simeon Booker's Shocking the Conscience. It is brilliantly written and will certainly become one of the valuable works in American history. 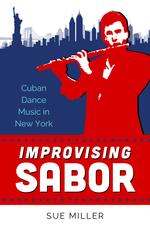