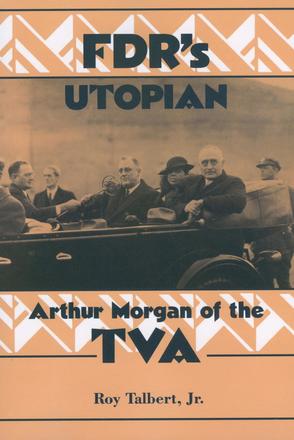 Arthur Morgan of the TVA

The first book to explore the career of FDR's Utopian

Arthur E. Morgan (1878–1975) was a visionary who responded to a very high calling—the building of a perfect community, one based upon the bedrock of morality. He belonged to that late nineteenth-century generation of half-geniuses who were dramatically shaped by the conflict between religion and science. By the time of World War I, he had become an archetypal progressive, a nationally recognized flood-control engineer, and a committed moral reformer. At heart he was a professed Utopian, dreaming of building a community whose center was education and whose foundation was strong moral codes.

His first opportunity to create a Utopia came at Antioch College, and in the 1920s he brought it national fame with his innovative leadership, including the principle that all students should gain practical experience. His stern moralism and the coming of the Great Depression caused severe difficulties for him at this institution.

He eagerly took on the new challenge offered to him by President Roosevelt in 1933—The Tennessee Valley Authority. Morgan's selection as head of TVA came because of his national fame as an engineer as well as FDR sharing a measure of Morgan's ideas for change in the Tennessee Valley. Like Morgan, he found appeal in the ill-defined but immensely popular concept of social and economic planning.

This book, the first to explore the career of FDR's Utopian, is a soundly researched historical narrative that details Morgan's career and conflicts, such as the one with Harcourt A. Morgan and David E. Lilienthal, who rejected his proposal that all TVA employees sign a moral code. Morgan's Utopia was not without blemish, and they came close to vetoing his favorite TVA project, the creation of the model town of Norris, Tennessee. Within months after the beginning of the TVA, Morgan and Lilienthal were locked in a desperate struggle over the TVA's electric power project, a fight in which Morgan's fatal flaw was his conscious neglect of the political arena, even a personal hatred for anything political.

His strength was his close association with Roosevelt, for it made Morgan's version of the TVA one of the showpieces of the New Deal. The struggle with Lilienthal came to a climax in early 1938 when FDR had to intervene personally in a dramatic White House hearing that decided Morgan's fate and changed the future of TVA.

Other Books By Roy Talbert Jr. 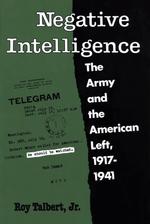