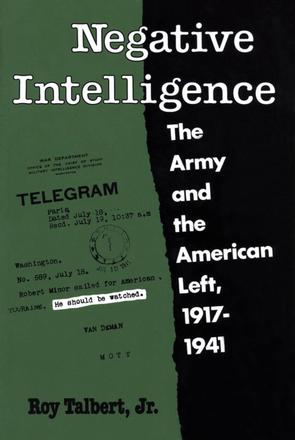 During World War I, in the period of the Red Scare, and throughout the Great Depression, the army's domestic spy agency mounted an extensive surveillance campaign focused on civilians and groups deemed subversive. Negative Intelligence traces the fascinating and astonishing story of military espionage on the home front.

Created by Major General Ralph H. Van Deman in 1917, the Negative Branch of Military, or MI, spied on American reformers in a program of civilian surveillance that surpassed even that of the Department of Justice's Bureau of Investigation. Among the targets were the Industrial Workers of the World, the American Civil Liberties Union, and “Negro Subversion. ” Documentation of MI's program of domestic espionage is from recently opened Military Intelligence archives.

Closely allied with private vigilante groups, the Army conducted illegal raids, made illegal arrests, subjected many citizens to interrogation, and developed an elaborate filing system for its dossiers. After World War I the hysteria continued, with MI's direct focus beamed upon a new enemy, the Bolsheviki.

Although MI's abuses have been overshadowed by those of the Department of Justice, army espionage was in many ways more aggressive than its civilian counterpart. Negative Intelligence documents these abuses and shows how until 1921 the attempts to restrain MI's work failed. After this time, with limited staff and funding MI could do no more than maintain close liaison with private super-patriotic groups. However, the coming of the Great Depression fired up the rebirth of the army's civilian espionage programs. Then as World War II approached, internal security once again became a national policy, and J. Edgar Hoover of the Federal Bureau of Investigation moved his powerful network into the supreme position of domestic spying.

Other Books By Roy Talbert Jr. 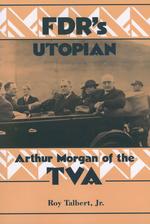