The Reframing Hollywood series will feature dynamic and original short monographs and edited collections, each of which explore a single film of significant cultural impact which has emerged from the American film industry since the turn of the new millennium. These vibrant critical explorations of contemporary American film will offer a stimulating, academic, yet accessible interrogation of a single work from a variety of critical perspectives.

The inaugural volume in the series, Black Panther: Interrogating a Cultural Phenomenon by Terence McSweeney, is the first in-depth study of one of Marvel’s most successful and culturally influential films. Future volumes in the series will focus on films from such popular genres as science fiction, horror, superhero films, action, comedy, war, animation, and a variety of others. Each contribution is intended to offer challenging, up-to-date, and compelling insights into contemporary American cinema and what it means to the world.

Each manuscript in the series should maintain an overall word count between 40,000 and 60,000 words.

The series welcomes proposals for monographs or edited volumes. The editors welcome submissions or inquiries from emerging and established scholars and are open to discussing projects at various stages of development. 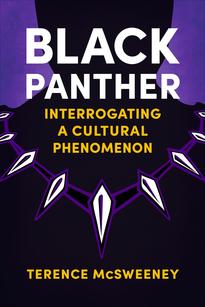 Named a Nonfiction Book Awards Gold Winner by the Nonfiction Authors Association
Gold Winner of the 2022 eLit Book Award for Popular Culture
Winner of a National Indie Excellence Award in the category ...