In honor of International Jazz Day, University Press of Mississippi author Eugene Marlow recounts his experience writing a book about jazz in China and then producing a documentary based on that book.

Jazz in China: From Dance Hall Music to Individual Freedom of Expression, a book that was published in 2018, is a happy accident from which I grew personally and professionally. From research precipitated by an invitation to serve as a Visiting Professor at the University of Shanghai School of Film & Television in 2000, I learned that the story of jazz in China is not just about jazz in China. It is about the impact and unintended consequences of war and political upheaval on a culture, the evolutionary fusion of local culture with outside influences (whether desired or not), and the impact of information, communications, and transportation technologies in the twentieth century on the spread of content and with it, implicit new ideas and values from one part of the world to another and vice versa. 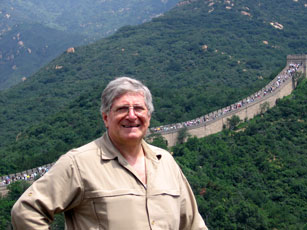 I have made two trips to China: one in May–June 2000, the other in July–August of 2006. The first trip was an eye-opening, emotionally, and intellectually profound experience squeezed into two weeks. The second trip took several years to prepare for—research-wise as well as logistically. This latter trip lasted thirty days. The central purpose of this trip was to interview indigenous jazz musicians in Beijing and Shanghai, China. Whilethe first visit was a cultural splash of cold water in the face, the latter trip was laced with magical occurrences. It was as if there was an angel on my shoulder providing whatever was needed to move the research forward. The cumulative result was the publication of Jazz in China: From Dance Hall Music to Individual Freedom of Expression. I confess it took me ten years from the beginning of research in 2000 to define the book’s subtitle. The evolution of jazz in China from dance hall music to individual freedom of artistic expression is the arc of the book.

Jazz in China—The Documentary (2021) was produced partly in response to some reactions to the book’s content. One in particular stands out. A jazz journalist queried “What does it sound like?” There are several possible readings of this query. One is that it can be taken on its face as a straightforward question. A second reading is more biased. Inside the question is the possible assumption that jazz performed by Chinese musicians is substantially different in quality and approach from jazz performed by, say, American or European musicians, which is simply not the case. When I returned to China (Beijing and Shanghai) in 2006, most of the local jazz musicians I interviewed spoke some to excellent English, and when we did run into a non-English speaking musician there was always someone very nearby who agreed to serve as an interpreter.

The eight leading indigenous jazz musicians interviewed for the documentary speak pretty good to excellent English. One of the eight, however, spoke only some English, so in post-production we provided an English translation on top when he spoke in Mandarin. Five other interviewees with deep knowledge of the Chinese jazz scene were either American or German. I also arranged for over two dozen jazz club patrons to be interviewed in situ. I purposely requested that they respond to questions in Mandarin. We provided English translations in the editing process for the documentary’s final version.

While the book is a cornucopia of history and analysis for the mind, I think the documentary is a feast for the heart and ears!

Eugene Marlow is an award-winning composer, producer, performer, author, journalist, and educator. He has written eight books dealing with communications, technology, and culture and more than four hundred articles and chapters published in professional and academic journals in the United States, Germany, Greece, Japan, China, and Russia. He is currently a professor at Baruch College, City University of New York, where he teaches courses on media and culture. Learn more about the Jazz in China project. 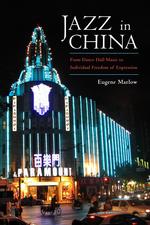 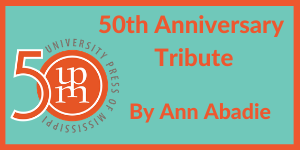 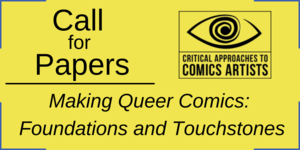