My admiration of the University Press of Mississippi began when it was founded as a two-person operation in 1970 and as I read The Mississippi Cookbook (1972), the two-volume History of Mississippi (1973), The Atlas of Mississippi (1974), and other books published during those early years. My admiration increased steadily—and my pride swelled—as I watched UPM expand its operation decade after decade so that it now has a staff of 20, publishes 85 books a year, and has become one of the nation's leading academic presses.

My involvement with UPM began because of William Faulkner. His writing lured me to Oxford from the Carolinas as a graduate student at the University of Mississippi in 1960 and attracted a steady stream of literary visitors from around the world to explore his hometown and the center of his mythical Yoknapatawpha County. To accommodate these visitors, the university founded a weeklong event in 1974, the first of an annual Faulkner and Yoknapatawpha Conference series that continues to this day. Proceedings of the two initial conferences appeared as issues of a journal sponsored by the English Department. UPM has published the proceedings since 1976. As conference coordinator, I coedited the volumes through 2012. In addition to publishing the series, UPM participates in the conference by sponsoring an exhibition and sale of Faulkner books by members of the American Association of University Presses.

As associate director of the Center for the Study of Southern Culture at the university from 1976 to 2011, I worked with UPM on many projects. Some are mentioned here. The first was Eudora Welty: A Form of Thanks, proceedings of the Center's inaugural program, a three-day symposium on Welty. I coedited the book. As publisher of the Center's four-volume anthology Mississippi Writers: Reflections of Childhood and Youth, UPM helped sponsor Mississippi Writers Day at the Old Capitol Museum in Jackson for each volume by featuring readings by authors of fiction, nonfiction, poetry, and drama. UPM also assists the Center with the annual Oxford Conference for the Book founded in 1993, with UPM directors and other staff serving as commentators. The Mississippi Encyclopedia, a 14-year project of the Center and UPM involving 30 subject editors and more than 700 authors, culminated in 2017 with a 1,451-page printed volume weighing 8.6 pounds and a regularly updated online version. After my retirement, I edited The Beautiful Mysterious: The Extraordinary Gaze of William Eggleston (2019), the first book in a new series UPM sponsors with the University of Mississippi Museum and Historic Houses.

Working with UPM was a highlight of my professional life, and I had the good fortune to serve on its board of directors from 1988 through 2011. As a board member, I learned about UPM's operation, the eight universities that are its sponsors, and the challenges for presses and readers in the digital age. I am thankful for the opportunity to work with five of UPM’s six outstanding directors who with the assistance of talented, dedicated editorial, art, production, marketing, and support staff have produced more than 2,000 titles and sold more than three million books worldwide. Congratulations for a half century of achievements and for making Mississippi a leader in the world of books. In an age when many publishers are cutting operations or closing, I am confident that the University Press of Mississippi will continue to thrive and will have a splendid celebration of its 100th anniversary. 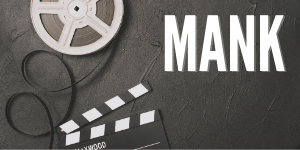 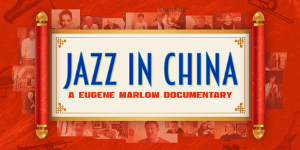