Author, Carol Magee, writes about the impact of the Sports Illustrated (SI) swimsuit issue. Read her thoughts below:

With the much-anticipated release of the 2019 Sports Illustrated (SI) swimsuit issue, I found myself scouring newsstands and bookstores for a copy on the release date, which had been marked on my calendar. I was interested in it for two non-wardrobe-related reasons: it was featuring a model in a burkini for the first time (Somali-born Halima Aden, whose location shoot was Kenya), and Tyra Banks was on the cover again (for the first time in 22 years!). Within these seemingly bold statements about women, I was curious to see how “Africa” might fair. I had written about the first time Banks appeared on the cover in 1996 (photographed in South Africa). In my book Africa in the American Imagination: Popular Culture, Racialized Identities, and African Visual Culture I pointed out the ways that African art and culture in American popular culture, such as the swimsuit issue, helped shape the way Americans, imagine both ourselves and others. 22 years later, how might we read these pages, what imaginings do they prompt? 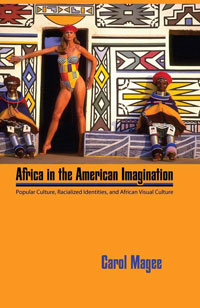 What the latest spread of swimsuit-clad women strives to do for women is a step in the right direction, even as the victories point out larger systemic issues that still need to be addressed. Banks chose the photographer she wanted to photograph her for the cover—a Black woman—and it is the first time a Black woman photographer has created the cover of the swimsuit issue. Like the personal choice between a bikini and burkini, readers can decide if in 2019 this, should be celebrated as an achievement or bemoaned because it should be the unremarkable norm.

In a similar vein, that Aden is appearing in burkinis throughout her spread offers Muslim readers fashion options that they can relate to, options that give women access to activities and experiences they might not otherwise have where swimsuits are required. It recognizes the multicultural audience of the swimsuit issue, and the variety of needs and desires of women. Such individual diversity is acknowledged in the issues’ introductory remarks by editor MJ Day.

But, and as a cultural interpreter and educator who looks at images, who understands that images are often read without the accompanying text, no matter what the intention of the image-producers’ cultural context, personal bias, and a host of other factors influence the way images themselves are interpreted and meanings are garnered by the myriad audiences that encounter them. Images mean multiple things. Those things are not always the positive, confident self-image that the editors or models might want us to read. In an American popular culture context, why does it seem that a Black Muslim body is a “safer” visual body than an Arab one? What makes Africa a comfortable location? I would propose that, in a US media context where Islam is contentious, Africa is still unknown enough that Aden in her burkini is visually non-threatening, where an Arab Muslim model in a different setting would be threatening. This is especially so when Aden is presented alongside other models who appear in traditional bathing suits, or, at times topless. These latter instances, almost always set against greenery or with animals, suggest the wilds of a Kenyan safari, eliding the fact that the African continent has the second fastest growing urban population in the world, with one quarter of Kenya’s population being urban and its capital city Nairobi having over 4.25 million people.

Instead, SI evokes the colonial era and adventure through these and other references such as Hemingway, an avid hunter. Robin Holzken, on the opening page for the Kenya spread, is clearly wearing a piece of indigenous beadwork, as does Ola Vida is an uncaptioned photograph a couple of pages later. That the makers of these pieces are not identified suggests the devaluing of the Kenyans who assisted with the shoot (a similar thing occurred in the 1996 issue). Such discounting is underscored, as well, in the fact that the designers’ names are provided for the jewelry on the other models—jewelry that visually was chosen to evoke the Kenyan context. Africa remains exoticized, wild, anonymous. Day also states that her hope for a reader is s/he “think about the women, SI swimsuit issue, and yourself in a new way” (9). On these pages, women may fair better, but Africa and Africans do not. If a change is really to come about in our thinking, then it has to extend also to the way cultures are represented on the pages of this magazine. For as these images of women assert, we imagine not only ourselves through these images, but others too.

Carol Magee is Chair of the Department of Art & Art History, University of North Carolina at Chapel Hill. Her current research focuses on contemporary African photographs of urban environments.

Africa in the American Imagination 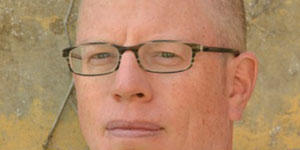 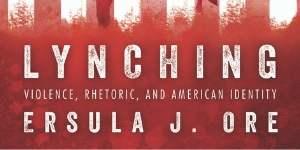