The second season of Amazon’s The Marvelous Mrs. Maisel landed this week, and we couldn’t be more excited. In case you haven’t yet seen the show, it features Miriam “Midge” Maisel who, upon learning of her husband’s affair, chugs a bottle of wine, takes a cab to a Greenwich-Village comedy club, and stumbles on stage to perform an improvised routine that rivals the “intangible on-stage magic” of Mort Sahl.

We’re prepared to binge all ten episodes, and, anticipating our withdrawals from Midge’s story, we’re revisiting Last Man Standing: Mort Sahl and the Birth of Modern Comedy by James Curtis. This biography tells the story of how Mort Sahl took the stage at San Francisco's hungry i—not unlike the club Midge Maisel takes by storm in Greenwich-Village—and changed comedy forever. Before him, standup was about everything but hard news and politics. In his wake, a new generation of smart comics emerged--Shelley Berman, Mike Nichols and Elaine May, Lenny Bruce, Bob Newhart, Dick Gregory, Woody Allen, and the Smothers Brothers, among others. He opened up jazz-inflected satire to a loose network of clubs, cut the first modern comedy album, and appeared on the cover of Time surrounded by caricatures of some of his frequent targets such as Dwight Eisenhower, Richard Nixon, Adlai Stevenson, and John F. Kennedy. Through the extraordinary details of Sahl's life, author James Curtis deftly illustrates why Sahl was dubbed "the only real political philosopher we have in modern comedy."

Read an excerpt from the first chapter below

The job at the hungry i was the result of an awkward audition that had taken place a couple of weeks earlier. The pitch was made by Larry Tucker, a pal from Los Angeles who had appointed himself Mort’s manager for the occasion. Witnessing the performance were Enrico, his manager Barry Drew, and Stan Wilson. The man Tucker placed before them was pallid and underfed, a five o’clock shadow suggesting he may have spent the night under a car. Banducci didn’t think much of his brief set with the exception of one joke. At a crowded press conference, President Eisenhower, who had always resisted taking a public stand against Joseph McCarthy, strongly endorsed Secretary of State John Foster Dulles’ characterization of the senator as “arrogant, blustering, and domineering.” Without mentioning McCarthy by name, the president added: “The easiest thing to do with great power is to abuse it—to use it in excess.”

Taking the cue, Sahl recalled his army days and the design of the famed Eisenhower field jacket, praising the flaps that prevented its button front and breast pockets from catching on equipment and describing its “multidirectional zippers” in elaborate detail. “You have zippers over here you can put your pencils in . . . and a zipper here you can open for your cigarettes and cigars. . . . And you had a big zipper here and you reached in and you pulled out all your maps . . .” He then suggested that the army, having been called a “communist bastion” by McCarthy, could redesign the Ike jacket to become a McCarthy jacket by adding a flap “which buttons over the mouth.” The senator, he observed, “doesn’t question what you say so much as your right to say it.”

Edward R. Murrow’s famous takedown of McCarthy on See It Now was still three months in the future. There had been no frontal assaults from the dominant TV comedians of the day—Groucho Marx, Milton Berle, Jackie Gleason—and Bob Hope’s infrequent cracks almost came across as friendly. Nightclub comics were even more circumspect than the media variety, always wary of turning a drinking crowd hostile. “The rest of Mort’s audition was terrible,” Banducci said, “but that joke killed me.”

Not quite knowing what to do with the guy, Banducci took him next door and staked him to a meal. “You look like you are starving,” he said, “and even if you never work, here’s twenty dollars.” When he learned that singer Dorothy Baker, the supporting act on the bill with Wilson, wanted to spend Christmas in Los Angeles with lyricist Jack Brooks, Banducci offered Sahl $75 to take the week. For a man just a few dollars short of vagrancy, it was a windfall. That first Tuesday night performance doubtless included the McCarthy joke, but Mort remembers another political jape that may actually have been his first: “Every time the Russians throw an American in jail,” went the observation, “we throw an American in jail to show them they can’t get away with it!”

In all, there wasn’t a lot of political content. “It was women and behavior and trying to get along in the system,” Mort says. “It was sort of random.” And without the help of his student claque, the rest of the week didn’t go as well. “It was horrible. That was when the hungry i sold only beer and wine, and the pre-liquor license stratum threw things—peanuts, water glasses, bottle caps.” The only other comic in town that week was the manic Pinky Lee, who was playing to packed houses at Bimbo’s 365 Club. “Enrico wanted to fire me,” said Mort, “but he was too kindhearted. At the end of the third week, I broke the sound barrier and I was in.” 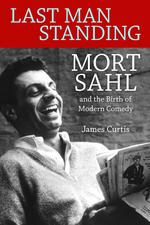 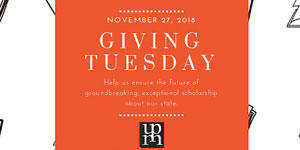 Support the Press this #GivingTuesday! 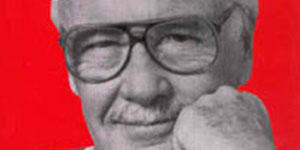