Brad Weismann is an award-winning writer and editor. His work has appeared in such publications as Senses of Cinema, Film International, Backstage, Muso, Parterre, 5280, EnCompass, and in the volume 100 Years of Soviet Cinema. He was selected by the Library of Congress to contribute explanatory essays to its National Recording Registry. 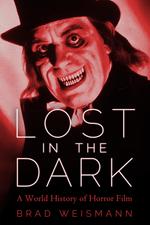 Lost in the Dark