Sylvia Townsend became interested in films in the late 1960s. She worked as an intern at the Hollywood Reporter, then as a journalist and grant writer, and now she writes about film. Her work has appeared in a wide variety of publications, from the Los Angeles Times to World Cinema Paradise. She is coauthor of Designing Movies: Portrait of a Hollywood Artist. 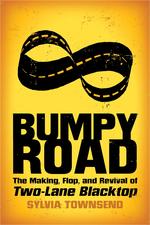