Gillian Kelly earned a PhD in theatre, film, and television studies from the University of Glasgow, Scotland. Among her publications is the chapter “Robert Taylor: The ‘Lost’ Star with the Long Career” in Lasting Screen Stars: Images that Fade and Personas that Endure, which won Best Edited Collection at the BAFTSS Awards 2017. 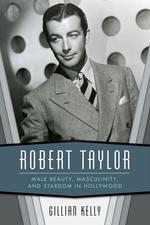