During a thirty-five-year Foreign Service career, Gordon S. Brown served mainly in the Middle East and North Africa including assignments as General Norman Schwarzkopf's political advisor in the first Gulf War and ambassador to Mauritania. Since his retirement, he has written Coalition, Coercion, and Compromise on the diplomacy of the first Gulf War and The Norman Conquest of Southern Italy and Sicily. 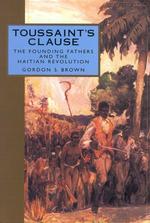