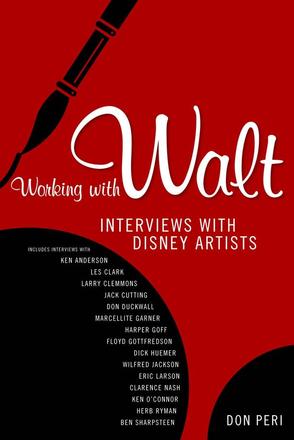 Walt Disney created or supervised the creation of live-action films, television specials, documentaries, toys, merchandise, comic books, and theme parks. His vision, however, manifested itself first and foremost in his animated shorts and feature-length cartoons, which are loved by millions around the world.

Working with Walt: Interviews with Disney Artists collects revealing conversations with animators, voice actors, and designers who worked extensively with Disney during the heyday of his animation studio. The book includes fifteen interviews with artists who directed segments of such classic animated features as Dumbo and Fantasia. Some interviewed were part of Disney’s famed team dubbed “The Nine Old Men of Animation,” and some worked closely with Disney on Steamboat Willie, his first cartoon with sound.

Among the subjects the interviewees discuss are the studio’s working environment, the high-water mark of animation during Hollywood's Golden Age, and Disney’s mixture of childlike charm and hard-nosed business drive. Through these voices, Don Peri preserves an account of the Disney magic from those who worked closely with him.

Other Books By Don Peri 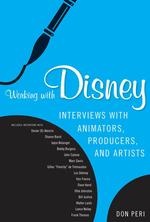