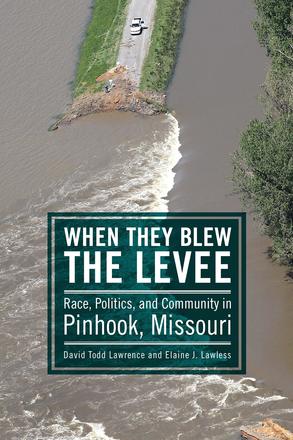 When They Blew the Levee

How invisible citizens preserve their community when their town is destroyed

Winner of the 2019 Chicago Folklore Prize

In 2011, the Midwest suffered devastating floods. Due to the flooding, the US Army Corps of Engineers activated the Birds Point-New Madrid Floodway, one of the flood prevention mechanisms of the Mississippi Rivers and Tributaries Project. This levee breach was intended to divert water in order to save the town of Cairo, Illinois, but in the process, it completely destroyed the small African American town of Pinhook, Missouri.

In When They Blew the Levee: Race, Politics, and Community in Pinhook, Missouri, authors David Todd Lawrence and Elaine J. Lawless examine two conflicting narratives about the flood--one promoted by the Corps of Engineers that boasts the success of the levee breach and the flood diversion, and the other gleaned from displaced Pinhook residents, who, in oral narratives, tell a different story of neglect and indifference on the part of government officials. Receiving inadequate warning and no evacuation assistance during the breach, residents lost everything. Still after more than six years, displaced Pinhook residents have yet to receive restitution and funding for relocation and reconstruction of their town. The authors' research traces a long history of discrimination and neglect of the rights of the Pinhook community, beginning with their migration from the Deep South to southeast Missouri, through purchasing and farming the land, and up to the Birds Point levee breach nearly eighty years later. The residents' stories relate what it has been like to be dispersed in other small towns, living with relatives and friends while trying to negotiate the bureaucracy surrounding Federal Emergency Management Agency and State Emergency Management Agency assistance programs.

Ultimately, the stories of displaced citizens of Pinhook reveal a strong African American community, whose bonds were developed over time and through shared traditions, a community persisting despite extremely difficult circumstances.

"When They Blew the Levee brings a rich, acute awareness of how the collection of oral counternarratives might induce social change. Elaine Lawless and David Todd Lawrence privilege the voices of the displaced residents ‘on the ground,’ who for generations endured white persecution as proud landowners of property restricted to a floodplain. Their refreshing collaborative approach mines the countervailing experiences of those intergenerationally victimized by environmental racism. Without the meticulous work of Lawless and Lawrence, Pinhook’s despair and resilience would remain untold. This book is sure to have a lasting effect on the field of folklore study when issues involving social justice call. "

"Methodically and masterfully, When They Blew the Levee documents and analyzes the troubling recent history of Pinhook, Missouri. Home to a tight-knit rural African American community, Pinhook was essentially destroyed by natural and man-made events before, during, and after the Mississippi River flood of 2011. Using sensitively-honed ethnographic skills, Lawrence and Lawless recount the stories of loss and solidarity from multiple African American men and women who called this corner of the Bootheel region of Missouri home. Determined to sustain their ties to one another and this land, the residents have been forced to confront bureaucratic indifference and hostility from the individuals and agencies purportedly charged with protecting the well-being of the citizenry. By writing this book, Lawrence and Lawless have amplified the voices of individuals whose stories should be heard and whose losses should be mitigated. "

Other Books By David Todd Lawrence or Elaine J. Lawless 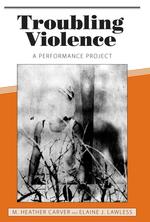