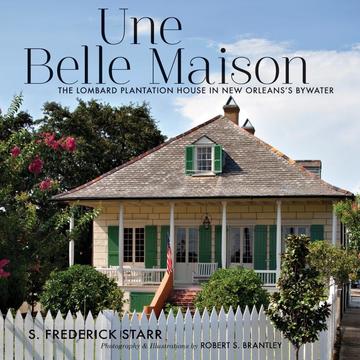 An extraordinary look at the life, decay, and restoration of a plantation home

Described in an 1835 bill of sale as une belle maison, the Lombard plantation house is a rare survivor. Built in the early nineteenth century as a West Indian-style residence, it was the focal point of a large plantation that stretched deep into the cypress swamps of what is now New Orleans's Bywater neighborhood. Featuring the best Norman trussing in North America, it was one of many plantations homes and grand residences that lined the Mississippi downriver from the French Quarter. A working farm until the 1800s, its lands were eventually absorbed into the expanding city. After years of prosperity, the entire area of the Ninth Ward, now known as Bywater, sank into poverty and neglect.

This is the story of the rise, fall, and eventual resurrection of one of America's finest extant examples of West Indian Creole architecture and of the entire neighborhood of which it is an anchor. Through meticulous study of archives and archeology, the author presents fascinating insights on how residents of this working plantation actually lived. With concrete evidence, the author covers everything from cooking and cuisine to laundering and gardening. It is a story about buildings but also about people. Because pre-Civil War U. S. censuses never listed more than five enslaved persons, all of whom worked in the house, the plantation appears to have depended mainly on hired labor, both African American and Irish. Eventually these groups came to populate the new neighborhood, along with immigrants from Germany, and then by new migrants from the countryside.

This book brings together artist John James Audubon; architect of the U. S. capital, Benjamin Henry Latrobe; Lee Harvey Oswald; and Fats Domino in an engrossing story, linking these and other colorful figures to the history of a beautiful, historic home in New Orleans.

Profusely illustrated with heretofore unidentified historic photographs and plans, and with color images by master architectural photographer Robert S. Brantley, this book will equally interest inquisitive tourists and long-term residents of the Gulf South, historic preservationists, and urbanists in search of insights on successful redevelopment, architecture and history buffs, and enthusiasts of one of America's most beloved and storied cities.

Other Books By S. Frederick Starr or Robert S. Brantley 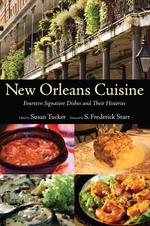