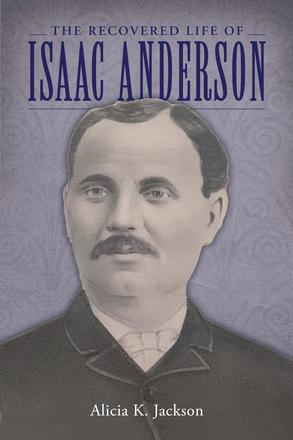 The story of an enslaved man who became a Georgia state senator, helped found a church, and led his people to promise and hope

Owned by his father, Isaac Harold Anderson (1835–1906) was born a slave but went on to become a wealthy businessman, grocer, politician, publisher, and religious leader in the African American community in the state of Georgia. Elected to the state senate, Anderson replaced his white father there, and later shepherded his people as a founding member and leader of the Colored Methodist Episcopal church. He helped support the establishment of Lane College in Jackson, Tennessee, where he subsequently served as vice president.

Anderson was instrumental in helping freed people leave Georgia for the security of progressive safe havens with significantly large Black communities in northern Mississippi and Arkansas. Eventually under threat to his life, Anderson made his own exodus to Arkansas, and then later still, to Holly Springs, Mississippi, where a vibrant Black community thrived.

Much of Anderson’s unique story has been lost to history—until now. In The Recovered Life of Isaac Anderson, author Alicia K. Jackson presents a biography of Anderson and in it a microhistory of Black religious life and politics after emancipation. A work of recovery, the volume captures the life of a shepherd to his journeying people, and of a college pioneer, a CME minister, a politician, and a former slave. Gathering together threads from salvaged details of his life, Jackson sheds light on the varied perspectives and strategies adopted by Black leaders dealing with a society that was antithetical to them and to their success.

"The Recovered Life of Isaac Anderson is a deeply researched, compelling narrative of Reconstruction-era Black political participation and religious development brought to life through the biography of Colored Methodist Episcopal minister Rev. Isaac Anderson. Covering the major themes of Black religious and political life after emancipation, including freed people’s engagements with the Freedman’s Bureau, the establishment of independent Black churches, convict leasing, and Black exodus, this volume revises narratives about the racial politics of the CME Church, while further illuminating the well-established narrative of Black churches as a catalyst for Black political participation and Black politics. "