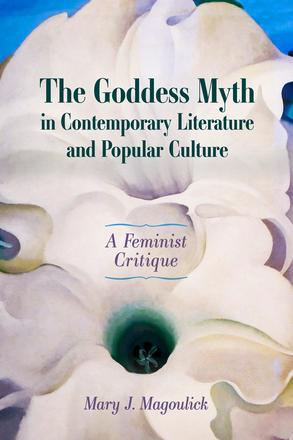 Goddess characters are revered as feminist heroes in the popular media of many cultures. However, these goddess characters often prove to be less promising and more regressive than most people initially perceive. Goddesses in film, television, and fiction project worldviews and messages that reflect mostly patriarchal culture (included essentialized gender assumptions), in contrast to the feminist, empowering levels many fans and critics observe.

Building on critiques of other skeptical scholars, this feminist, folkloristic approach deepens how our remythologizing of the ancient past reflects a contemporary worldview and rhetoric. Structures of contemporary goddess myths often fit typical extremes as either vilified, destructive, dark, and chaotic (typical in film or television); or romanticized, positive, even utopian (typical in women’s speculative fiction). This goddess spectrum persistently essentializes gender, stereotyping women as emotional, intuitive, sexual, motherly beings (good or bad), precluded from complex potential and fuller natures. Within apparent good-over-evil, pop-culture narrative frames, these goddesses all suffer significantly.

However, a few recent intersectional writers, like N. K. Jemisin, break through these dark reflections of contemporary power dynamics to offer complex characters who evince “hopepunk.” They resist typical simplified, reductionist absolutes to offer messages that resonate with potential for today’s world. Mythic narratives featuring goddesses often do, but need not, serve merely as ideological mirrors of our culture’s still problematically reductionist approach to women and all humanity.

"The Goddess Myth in Contemporary Literature and Popular Culture is the first book I have seen that ties together insights from feminist archaeology, folklore and mythology, literature, pop culture, and contemporary feminist theory in order to better understand the importance of goddess figures in both historical and contemporary modes of thought. Surveying existing scholarship on goddess culture (everything from what we know about prehistorical societies to current-day neo-pagan, Wiccan, and feminist spirituality practices) and adding a folkloristic lens to analyze literary and pop culture versions of goddess myths and tales, Mary J. Magoulick offers a nuanced and intriguing exploration of what goddess figures can and do mean in a variety of media."

"[Magoulick] considers works of art and literature with insight and clarity . . . . This is exemplary scholarship!"