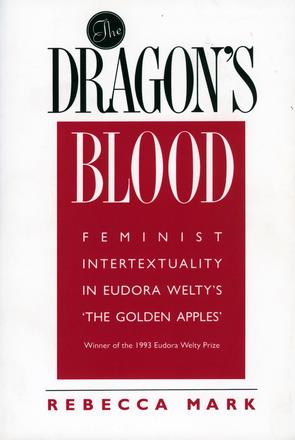 "This well could be the most important book yet published on Eudora Welty," says noted Welty scholar Noel Polk. "It offers a revolutionary and convincing reading of Welty's The Golden Apples (1949), but its implications for the study of Welty as a writer go far and beyond its interpretation of this single text. "

Until the recent explosion of feminist critical interest in her work, Welty criticism was dominated by the narrow and singular perspective of her as a "white southern lady" writing first-rate "regional fiction. " Today her work is being closely re-examined for its innovations and artistry. In this revolutionary new way of studying Welty, Rebecca Mark and other contemporary critics have focused not upon Welty's southern qualities but upon her total engagement with literary modernism.

Rebecca Mark's study proposes feminist intertextuality as a reading strategy for a critical study of Welty. Here Mark directly attacks the problem of literary influence which for decades has intrigued critics of The Golden Apples. Many have focused on its mythical dimensions. Instead Mark finds allusions that are far more pervasive. These she sees to be a direct challenge to the dominant cultural voices of literary tradition. She argues that Welty's text refutes the apocalypse and despair that are hallmarks in the literary modernism formulated by Joyce and by Faulkner. She shows indeed that Welty's text confronts one of the mainstays of western literary tradition--the dominance and centrality of the indomitable hero. She argues that the expansive intertextuality in Welty reveals a communal, resonant, metaphoric narrative that transforms such masculine elements of rape, domination, and victimization of the feminine into narratives of engagement, battle, confrontation, fertility, and sexual exchange between the masculine and the feminine.

Mark's reading shows how Welty has responded not just to literary texts but also to literary texts but also to cultural forces in creating her memorable stories. Because Welty has given voice to a range of silenced people--African Americans, women, old people, and children--Mark says rightly that Welty's gift lies in the extraordinary melding of her diverse knowledge of literature, of history, and of immediate locale.