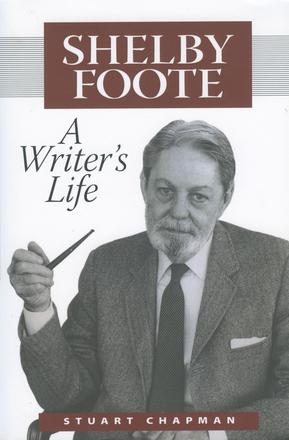 WINNER OF THE 2002 EUDORA WELTY PRIZE

For a biographer Shelby Foote is a famously reluctant subject. In writing this biography, however, C. Stuart Chapman gained valuable access through interviews and shared correspondence, an advantage Foote rarely has granted to others.

Born into Mississippi Delta gentry in 1916, Foote has engaged in a lifelong struggle with the realities behind his persona, the classic image of the southern gentleman. His polished civil graces mask a conflict deep within. Foote's beloved South is a changing region, and even progressive change, of which Foote approves, can be unsettling. In letters and interviews, and in his writings, he often waxes nostalgic as he grapples to recover the grace of an earlier time, particularly the era of the Civil War. Indeed, Chapman reveals that the whole of Foote's novels and historical narratives serves as a refuge from deeply ambiguous feelings. As Foote has struggled to understand the radical shifts brought to his native land by modernization and the region's integration into the nation, his personal history has been clouded by ideological conflict.

This biography shows him pining for aristocratic, antebellum culture while rejecting the practices that made possible the injustices of that era. Privately and vehemently, Foote opposed George C. Wallace's and Ross Barnett's untenable segregationist stance. Yet publicly during the 1960s and '70s he skirted the explosive race issue.

Foote is best known for his dazzling and definitive The Civil War: A Narrative. Written from 1954 to 1974, the three-volume opus was published during years when the South exploded with racial and political tensions and was forever changed. This biography recognizes that nowhere are Foote's personal conflicts, ambivalence, and outright contradictions more on display than in his fiction. Although Love in a Dry Season, Jordan County, and September, September are set in the contemporary South, they reach no firm social resolutions. Instead, they entertain, dramatize, and come to grips with the social, gender, and racial barriers of the southern life he experienced.

While showing how Foote's guarded embrace of the South's past and present characterizes his identity as a thinker, a historian, and a writer of fiction, Chapman discloses Foote's reluctance to address burning contemporary issues and his veiled desire to recall more gracious times.

"Chapman's . . . colorful biography gives a frank, full-bodied portrait of the man and agile examination of Foote's development as a writer. "

"It is indeed a literary biography in which the processes and politics of writing are paramount. "

"Chapman see[s] a man torn between his fondness of southern gentility while aware of how women and blacks suffered. "

"A portrait of Foote that is honest and more troubling than . . . hero-worshippers . . . or Foote himself would have us believe. "

"A fuller, complex portrait than we have had before"

"Shelby Foote: A Writer’s Life gives us a commendable profile of the man who wrote the massive The Civil War: A Narrative and who became a cultural icon—the prototype of a southern gentleman—by his appearances in Ken Burns’s PBS series on the Civil War. "

"Shelby Foote is an American treasure, and this wonderful biography captures the complexities and struggles of the novelist who gave up most of his adult life to creating one of our greatest works of nonfiction. Bravo. " 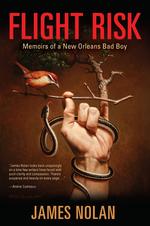