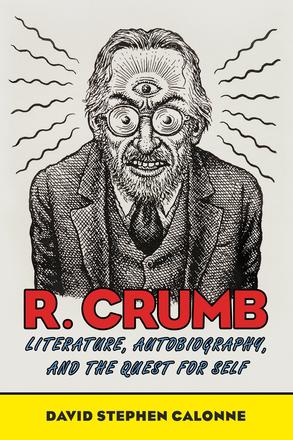 Literature, Autobiography, and the Quest for Self

A thorough engagement with the literary, spiritual, and intellectual underpinnings of a great comics creator

Robert Crumb (b. 1943) read widely and deeply a long roster of authors including Robert Louis Stevenson, Charles Dickens, J. D. Salinger, Jack Kerouac, William S. Burroughs, and Allen Ginsberg, as well as religious classics including biblical, Buddhist, Hindu, and Gnostic texts. Crumb’s genius, according to author David Stephen Calonne, lies in his ability to absorb a variety of literary, artistic, and spiritual traditions and incorporate them within an original, American mode of discourse that seeks to reveal his personal search for the meaning of life.

R. Crumb: Literature, Autobiography, and the Quest for Self contains six chapters that chart Crumb’s intellectual trajectory and explore the recurring philosophical themes that permeate his depictions of literary and biographical works and the ways he responds to them through innovative, dazzling compositional techniques.

Calonne explores the ways Crumb develops concepts of solitude, despair, desire, and conflict as aspects of the quest for self in his engagement with the book of Genesis and works by Franz Kafka, Jean-Paul Sartre, the Beats, Charles Bukowski, and Philip K. Dick, as well as Crumb’s illustrations of biographies of musicians Jelly Roll Morton and Charley Patton. Calonne demonstrates how Crumb’s love for literature led him to attempt an extremely faithful rendering of the texts he admired while at the same time highlighting for his readers the particular hidden philosophical meanings he found most significant in his own autobiographical quest for identity and his authentic self.

"R. Crumb is a fascinating analysis. Calonne does an excellent job of constructing and supporting his thesis: that Robert Crumb was deeply influenced by certain artists and ideas and that it is possible to see those ideas reflected in his comics. Those interested in comics studies would be well served to consider how Calonne is able to deftly blend an analysis of Crumb’s art style and his influences. "

"Excepting a few obscure studies and essays, no one has pursued this otherwise obvious avenue of research into both comics and Crumb. Calonne has done excellent work gathering up the proliferate allusions throughout Crumb’s oeuvre, and he has made outstanding observations on Crumb’s drawing style and changes over the decades. R. Crumb: Literature, Autobiography, and the Quest for Self is extensive, evocative, and invaluable. "

"[R. Crumb: Literature, Autobiography and the Quest for Self] is engagingly written in a conversational and dynamic style. Moreover, Calonne’s knowledge of literary history and cultural/political movements of the twentieth century is impressive. The book is cleverly organized according to Crumb’s philosophical affinities with existentialist and countercultural thinkers: Kerouac, Sartre, Kafka, Phillip K. Dick, and so on. [. . .] In its generous exploration of the connections between Crumb’s political beliefs, artistic influences, and spiritual yearnings, this book evoked what fascinated me about Crumb when I first encountered his work: how the raw honesty and poignancy of his expressionistic drawings and autobiographical stories felt so much more authentic than the highly mediated mainstream comics of most magazines and newspapers. [. . .] For example, the second chapter, ‘Jelly Roll Morton, Charley Patton: Blues, Voodoo, and the Devil,’ is a fascinating exploration of both the visual and narrative facets of Crumb’s celebration of early blues singers and voodoo folk culture."

"Calonne focuses primarily on Crumb's intellectual and stylistic influences and how these affected his work and evolution as an artist. The influences are wide-ranging and include the Beat movement, early jazz and blues, and the authors Philip K. Dick, Jean-Paul Sartre, and Franz Kafka. The work culminates with a discussion of Crumb's provocative, illustrated version of the book of Genesis (2009). A common thread throughout the book is Crumb's ongoing fascination with diverse traditions like Zen Buddhism, Gnosticism, and existentialism, traditions that emphasize the development of the inner self. Calonne's book will be accessible even to someone unfamiliar with Crumb, and it includes numerous illustrations."

- B. A. Robinson, Rollins College, CHOICE

Other Books By David Stephen Calonne 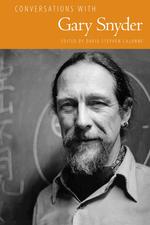 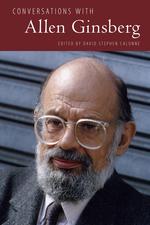