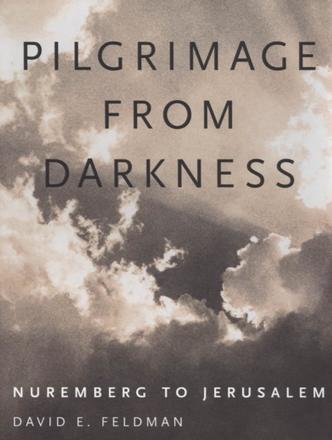 Oskar Eder was born near Nuremberg in 1925. His youth was influenced by Germany's xenophobic patriotism and Nazi politics. Suffering teenage angst and falling under the sway of the Jungvolk, the younger branch of the Hitler Youth, he was suspicious of his socialist parents' loyalties. He admired older, tougher boys and went on to become a member of the Luftwaffe.

During pilot training he discovered that his sheltered small-town life and Nazi propaganda had hidden the fact that something was fundamentally wrong with Germany. After the war he acquired a law degree and began practicing law but was spiritually destitute.

Inspired by the writings of Mahatma Gandhi and by Indian spiritualism, he began a search for his own spirit. He delved into the philosophies of the Middle East and Asia, first as a Sufi student and then among yogic Hindus, Sikhs, and Ahmadiyyan Muslims.

In his quest he found his way to the gates of Jerusalem and joined a circle that included Jerusalem's foremost thinkers and philosophers. In Israel he worked the land on a kibbutz, studied Hebrew, read the Bible, and came face to face both with his own guilt and with German Jewish survivors of the Holocaust.

This haunting biography recounts how he found a personal spirituality that eased the pain of his past. After the struggle to assimilate himself with Jewish people and adapt to their culture, he converted to Judaism and took a new name, Asher.

Today, welcomed into a society that had many reasons to reject him, he is married to an Israeli Holocaust survivor whom he met at an international peace conference. They live as observant Jews in Jerusalem.