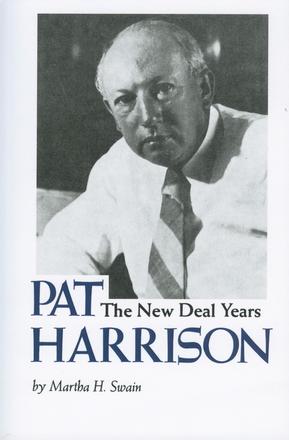 Byron Patton "Pat" Harrison was chairman of the Senate Committee on Finance during the New Deal, and under his tutelage the committee handled many of the major measures of the decade. Harrison brought to his post enormous influence based not only upon congressional longevity dating from his entry into the House of Representatives in 1911 and the Senate in 1919 but also upon a happy combination of personal qualities that made him perhaps the most popular man in the Senate during his time.

Although never the author of any major legislation, Harrison was a master tactician and broker for the ideas of others. Defeated by one vote in 1937 in a contest with Alben W. Barkley for the position of majority leader, the Mississippi senator was named President Pro Tempore in January 1941, six months before his death.

Harrison was an ardent supporter of Franklin D. Roosevelt during the first years of the New Deal. By 1935 the senator had become, as Fortune magazine reported, "a New Deal wheelhorse . . . suspicious of his load. " One of the major purposes of this study is to explain how Harrison's basic conservatism, subdued by the exigencies of total depression, became manifest during the latter years of the decade.

His reservations, which appeared in the open at the time of the wealth tax of 1935, grew out of his basic belief that revenue bills should be written for revenue only. After he became disenchanted with the later New Deal's emphasis upon deficit spending and social control programs, disillusioned by the treatment accorded him by the President, and convinced that the economic emergency was over, Harrison's attitudinal modifications were obvious. Subsequently his refusal to support the administration, his open leadership of the Finance Committee in diminishing the effect of administrative measures, and his affection for senators cast off by the President all began to indicate that the Mississippian was ready to match his Senate performance with the beliefs that he probably had always held. The Harrison-Roosevelt estrangement did not end until the two agreed upon the need for preparedness in 1940.

This study focuses to a lesser extent upon Pat Harrison's relationships with major New Deal figures. Considerable attention is also devoted to his difficulties with his colleague Theodore G. Bilbo and his easier associations with other Mississippi officials. Finally, this work sheds some light upon the nature of depression and recovery in Mississippi and the political vagaries of the state during this decade. This book is based primarily upon public documents, newspaper accounts, and a number of manuscript collections. Other important sources are private interviews of the author with contemporaries of Harrison and the interviews found in the Columbia Oral History Collection.

Other Books By Martha H. Swain 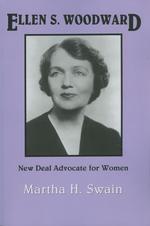