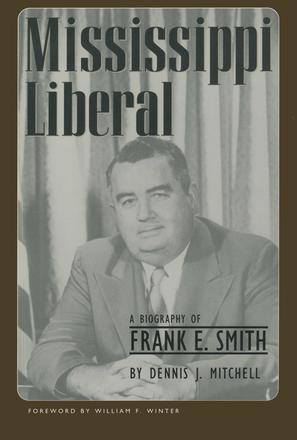 A Biography of Frank E. Smith.

The biography of a white, Democratic congressman whose liberal stand on race ended his political career in Mississippi

Instead of turning toward hatred after his father was murdered by a black man in 1926, Frank E. Smith (1918-1997) committed himself to help his racist state move toward integration and racial harmony. He was an anomaly in his heyday, a white politician who staunchly supported the civil rights movement at home. As a young man growing up in the Mississippi Delta, arguably one of the most segregated and violent regions in America during the Jim Crow era, Smith made the decision to work for political and social change in Mississippi.

After serving in World War II, he returned to the Delta to assist in founding a liberal newspaper in Greenwood. To heighten his chances for winning a seat in the state senate, he lied about his liberal views on race. After being elected to the U. S. Congress during six terms, he worked quietly for integration.

For openly supporting John F. Kennedy's bid for the presidency, Smith lost the congressional seat he had held for thirteen tumultuous but productive years. After the election in 1960, Kennedy appointed him to the governing board of the Tennessee Valley Authority, on which Smith served until 1972. In this position he clashed with the growing environmental movement outside the TVA. At the same time, he worked with the Southern Regional Council and the Voter Education Project to register black voters throughout the South.

As he struggled for racial progress and understanding, Smith rejected Black Power, which he denounced as racism. That position, and his refusal to support environmental extremists in the left-wing branches of the Democratic Party, put him at odds with his liberal base. He suffered exile from Mississippi and accepted academic posts around the country until an ally won the governor's office in Mississippi. Smith ended his political career as a special assistant to Governor William F. Winter.

As this biography details the conflicting political terrains in Smith's life, it reveals the complexities of his political and social views and shows Smith as a man at odds both with the conservative establishment of the 1960s and left wing of his own party.

This volume is published for the Mississippi Historical Society.

Other Books By Dennis J. Mitchell 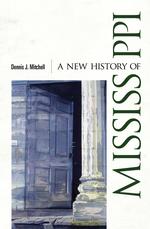 A New History of Mississippi