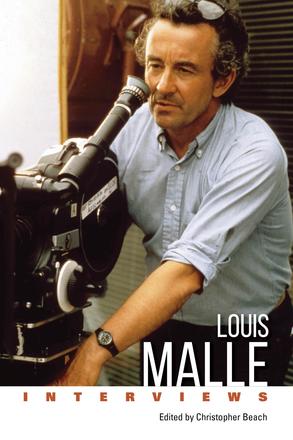 Collected interviews with the internationally acclaimed director, screenwriter, and producer known for the emotional realism and stylistic simplicity of such films as Le Monde du silence and Goodbye, Children

A filmmaker whose work exhibits a wide range of styles and approaches, Louis Malle (1932–1995) was the only French director of his generation to enjoy a significant career in both France and the United States. Although Malle began his career alongside members of the French New Wave like François Truffaut, Jean-Luc Godard, and Claude Chabrol, he never associated himself with that group. Malle is perhaps best known for his willingness to take on such difficult or controversial topics as suicide, incest, child prostitution, and collaboration with the Nazis during World War II. His filmography includes narrative films like Zazie dans le Métro, Murmur of the Heart, Atlantic City, My Dinner with Andre, and Au revoir les enfants, as well as several major documentaries. In the late 1970s, Malle moved to the United States, where he worked primarily outside of the Hollywood studio system. The films of his American period display his keen outsider’s eye, which allowed him to observe diverse aspects of American life in settings that ranged from turn-of-the-century New Orleans to present-day Atlantic City and the Texas Gulf Coast.

Louis Malle: Interviews covers the entirety of Malle’s career and features seventeen interviews, the majority of which are translated into English here for the first time. As the collection demonstrates, Malle was an extremely intelligent and articulate filmmaker who thought deeply about his own choices as a director, the ideological implications of those choices, and the often-controversial themes treated in his films. The interviews address such topics as Malle’s approach to casting and directing actors, his attitude toward provocative subject matter and censorship, his understanding of the relationship between documentary and fiction film, and the differences between the film industries in France and the US. Malle also discusses his sometimes-challenging work with such actors as Brigitte Bardot, Pierre Blaise, and Brooke Shields, and sheds new light on the making of his films.

Other Books By Christopher Beach