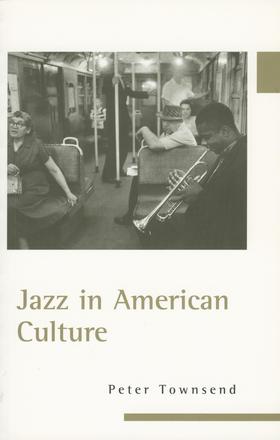 The family of musical styles known as jazz came into being around 1900 as several popular black musical idioms coalesced. This free-flowing, spontaneous music based in improvisation emerged primarily from ragtime and the blues. But jazz did not remain solely in the domain of American music, for very quickly it swept through virtually all of the national culture as fiction, poetry, film, photography, painting, and classical music came under its spell. If it's art that expresses a nation's essence best, then jazz set America's tempo and afforded an artistic pattern for modernism.

In this book for the non-specialist, Peter Townsend shows how during an entire century jazz has appeared in a wide diversity of times and places and in many different cultural settings.

Townsend probes the deep-rooted mythology that holds jazz as indefinable, unteachable, and instinctive with blacks but tough for whites and that its birthplace was New Orleans brothels, that its musicians live tragic lives, and that jazz is dominated by males and despises whiffs of the mainstream.

As modernism swayed to the tempos of jazz and adapted to its modes, the once clearly defined lines of demarcation faded and jazz became well established as one of the great musical cultures of the world.

"Townsend's book is well suited to the casual reader, providing a detailed account of the history and theory of jazz music that is broad and deep but still greatly accessible. He explains the key elements of rhythm, harmony, and improvisation that define the music; the introduction of the jazz solo and famous soloists; and the “swing era,” which brought the music to the forefront of popular music in the 1930s and 1940s. He then departs on an exploration of jazz's broader role in American culture—its reflection in other art forms and its influence on nonmusical art forms such as literature, film, and dance. Such theoretical discussions of jazz have often left the casual reader behind, but Townsend's discussion of jazz's influences on writers such as Scott Fitzgerald and Jack Kerouac are enlightening and accessible. Townsend challenges the curious reader to go beyond a traditional understanding of what music is and does and look at it in a broader social context."

Other Books By Peter Townsend 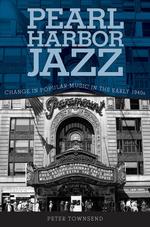