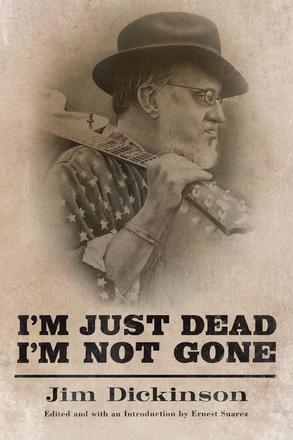 I'm Just Dead, I'm Not Gone chronicles Jim Dickinson's extraordinary life in the Memphis music scene of the fifties and sixties and how he went on to play with and produce a rich array of artists, including Aretha Franklin, the Rolling Stones, Ry Cooder, Duane Allman, Arlo Guthrie, and Albert King. With verve and wit, Dickinson (1941–2009) describes his trip to Blind Lemon's grave on the Texas flatlands as a college student and how that encounter inspired his return to Memphis. Back home, he looked up Gus Cannon and Furry Lewis, began staging plays, cofounded what would become the annual Memphis Blues Festival, and started recording.

The blues, Elvis, and early rock 'n' roll compelled Dickinson to reject racial barriers and spurred his contributions to the Memphis music and experimental art scene. He explains how the family yardman, WDIA, Dewey Phillips, Furry Lewis, Will Shade, and Howlin' Wolf shaped him and recounts how he went on to learn his craft at Sun, Ardent, American, Muscle Shoals, and Criteria studios from master producers Sam Phillips, John Fry, Chips Moman, and Jerry Wexler.

Dickinson is a member of the Mississippi Music Hall of Fame and an inaugural inductee of the Memphis Music Hall of Fame. He has received the Lifetime Achievement Award for Engineering and Production from the Americana Music Association, a Brass Note on the Beale Street Walk of Fame in Memphis, and a Heritage Marker on the Mississippi Blues Trail. This memoir recounts a love affair with Memphis, the blues, and rock 'n' roll through Dickinson's captivating blend of intelligence, humor, and candor.

"A memoir of sorts by the late Memphis musical legend, Dickinson (1941-2009) may not be a household name, but in those households where he is, he is revered: session pianist for the Rolling Stones, Bob Dylan, and other luminaries; producer for Ry Cooder, the Replacements, and Alex Chilton; patriarch of the North Mississippi Allstars. He's also a world-class storyteller, from the evidence here, a mix of homespun philosophy, hipster poetry, ribald anecdotes, and humanizing reminiscences about pretty much everyone who was anyone in southern musical circles. "

"Named for his self-generated epitaph and detailing his life up to 1972 in the literary equivalent of his grinning trickster drawl, I’m Just Dead, I’m Not Gone details an essential chapter of rock and roll history. "

"I’m Dead, I’m Not Gone is a deeply personal chronicle of the genesis and development of the Dickinson Family’s embrace of ‘primitive modernism,’ Jim’s term for ‘a modernized history of American Roots music painted in broad strokes and basic colors. "

"The information and insights that Dickinson’s story covey make for fascinating reading about a marvelous period in American music, but what really brings the book to life is the narrative voice that he constructs. "

"Despite the ups and downs, in I’m Just Dead, I’m Not Gone, Dickinson humorously reveals the secrets to finesse and savor a satisfying life following musical passions. "

"Though fundamentally a memoir of Dickinson's life, the book is also one of the more essential, and certainly most entertaining, works of history documenting the Memphis music scene's glory years from the 1950s through the 1970s. A musical philosopher and cultural historian, Dickinson was a natural raconteur in person, and his storytelling gifts translate remarkably well across the book's nearly 250 pages documenting his life. "

"Get ready to move again, because your road map is Jim Dickinson’s long-awaited memoir I’m Just Dead, I’m Not Gone (University Press of Mississippi; with Ernest Suarez), and it is a Benzedrine-fueled romp with one hell of a soundtrack. . . . Dickinson’s book is history of white-boy blues, folk, and rock-and roll in Memphis. "

"Jim Dickinson communicated in parables. Stories were his tools and weapons--for teaching, entertaining, inspiring, for offending and defending. He drew not just from his musical experiences but all experiences, and his lessons, ideas, and suggestions, even if they were about a song, were about much more than music. Jim may be dead, but he ain't gone--and this collection of his life's stories ensures that those who never knew him can yet experience him. Insightful, hilarious, emotional, Jim writes the way he played: from his heart, through his soul, to the gut. "

"An endlessly fascinating ride with one of the greatest artists the South ever produced. Jim Dickinson drew upon everyone from Faulkner to Furry Lewis to make his own unique sound and then share it with the world. These pages you hold in your hands are the very personal tale of that incredible journey. Above all else, Dickinson was a master storyteller. I'm Just Dead, I'm Not Gone is a trip into the depths and soul of Americana. I was mesmerized and inspired by Dickinson's final gift. "

"Jim Dickinson was both student and creator of the finest in American music. As a musician and singer, he brought out the best in the songs he served. As a producer, he brought out the best in his artists. From his early work singing and playing at Sun Records, to producing brilliant and influential rock bands like Big Star and the Replacements, Jim left an undeniable mark on rock 'n' roll and roots music in a time when the two weren't so easily separated. A lot of the music I love simply wouldn't exist without Jim's legendary work. "

"Jim Dickinson was the great instigator of rock 'n' roll. From the Rolling Stones to the Replacements, from Alex Chilton to Aretha, his fingerprints are on some of the twentieth century's most singular recordings. But who knew that Dickinson, one of music's most mind-blowing raconteurs, was also an extraordinary writer. In his memoir, I'm Just Dead, I'm Not Gone, Dickinson's prose leaps from the page, packing as much emotional punch as his piano licks on 'Wild Horses. ' His eye for detail and his acute observations on his Chicago childhood, his coming of age in Memphis and Waco (as a Baylor student), and his early music career in Tennessee, Miami, and L. A., provide a stunning portrait of a seeker's odyssey in 1950s and '60s America. "

- Holly George-Warren, author of A Man Called Destruction: The Life and Music of Alex Chilton, From Box Tops to Big Star to Backdoor Man

Other Books By Jim Dickinson or Ernest Suarez 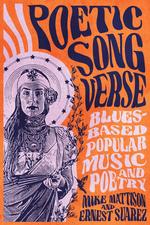