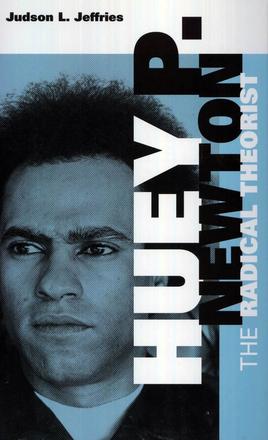 A new consideration of the Black Panther’s leadership, political thought, and intellectual development

Huey P. Newton's powerful legacy to the Black Panther movement and the civil rights struggle has long been obscured. Conservatives harp on Newton's drug use and on the circumstances of his death in a crack-related shooting. Liberals romanticize his black revolutionary rhetoric and idealize his message.

In Huey P. Newton: The Radical Theorist, Judson L. Jeffries considers the entire arc of Newton's political role and influence on civil rights history and African American thought. Jeffries argues that, contrary to popular belief, Newton was one of the most important political thinkers in the struggle for civil rights.

Huey P. Newton's political career spanned two decades. Like many freedom fighters, he was a complex figure. His international reputation was forged as much from his passionate defense of black liberation as from his highly publicized confrontations with police.

His courage to address police brutality won him admirers in ghettos, on college campuses, and in select Hollywood circles. Newton gave Black Power a compelling urgency and played a pivotal role in the politics of black America during the 1960s and 1970s.

Few would deny that Newton's life (1942-1989) was strewn with incidences of violence and that his police record was long. But Newton's struggles with police took place in a rich and troubled context that included urban unrest, police brutality, government repression, and an intense debate over civil rights tactics.

Stripped of history and interpretation, the violence of Newton's life brought emphatic indictments of him. Newton's death attracted widespread media attention. However, pundits offered little on Newton as freedom fighter or as theoretician and activist.

Huey P. Newton: The Radical Theorist dispels myths about Newton's life, but the book is primarily an in-depth examination of Newton's ideas. By exploring this charismatic leader, Jeffries's book makes a valuable contribution to the scant literature on Newton, while also exposing the core tenets and evolving philosophies of the Black Panther Party.

Other Books By Judson L. Jeffries