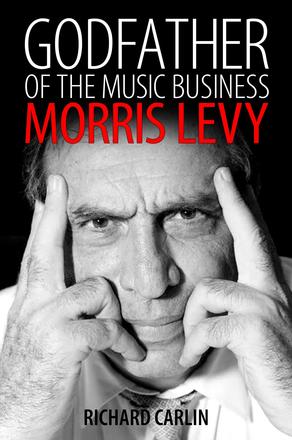 Godfather of the Music Business

The incredible story of the cofounder of Birdland, a force in jazz and pop, and one of music’s last great hustlers

This biography tells the story of one of the most notorious figures in the history of popular music, Morris Levy (1927-1990). At age nineteen, he cofounded the nightclub Birdland in Hell's Kitchen, which became the home for a new musical style, bebop. Levy operated one of the first integrated clubs on Broadway and helped build the careers of Dizzy Gillespie and Bud Powell and most notably aided the reemergence of Count Basie. In 1957, he founded a record label, Roulette Records. Roulette featured many of the significant jazz artists who played Birdland but also scored top pop hits with acts like Buddy Knox, Frankie Lymon and the Teenagers, Joey Dee and the Starliters, and, in the mid-1960s, Tommy James.

Stories abound of Levy threatening artists, songwriters, and producers, sometimes just for the sport, other times so he could continue to build his empire. Along the way, Levy attracted "investors" with ties to the Mafia, including Dominic Ciaffone (a. k.a. "Swats" Mulligan), Tommy Eboli, and the most notorious of them all, Vincent Gigante. Gigante allegedly owned large pieces of Levy's recording and retail businesses.

Starting in the late 1950s, the FBI and IRS investigated Levy but could not make anything stick until the early 1980s, when Levy foolishly got involved in a deal to sell remaindered records to a small-time reseller, John LaMonte. With partners in the mob, Levy tried to force LaMonte to pay for four million remaindered records. When the FBI secretly wiretapped LaMonte in an unrelated investigation and agents learned about the deal, investigators successfully prosecuted Levy in the extortion scheme. Convicted in 1988, Levy did not live to serve prison time. Stricken with cancer, he died just as his last appeals were exhausted. However, even if he had lived, Levy's brand of storied high life was effectively bust. Corporate ownership of record labels doomed most independents in the business, ending the days when a savvy if ruthless hustler could blaze a path to the top.

Carlin's book shines a light on [Levy's] misdeeds but also celebrates the great music he issued on Roulette.

Early 'record shark' and music hustler, Morris Levy, probably best known for his ownership of the Roulette and Tico record labels (among a host of others in the 1950s and beyond) along with running New York City's popular Hell's Kitchen-based nightclub Birdland (that he co-founded as a teenager) and his well-known Genovese family Mafia connections, gets the 'just-the-facts-ma'am,' even-handed, well researched treatment in this compelling biography, by Richard Carlin, of one of the most notorious figures in popular music history. Ever.

With Godfather of the Music Business: Morris Levy by Richard Carlin we have, at last, the book that couldn't be written. The work is thorough and well researched. It is also even-handed in that Levy's accomplishments are well delineated in addition to his associations and scams. Carlin makes it very clear that Levy's reputation rested on the fact that his word was his bond. . . . Carlin has done an exceptional job in telling Levy's story. Highly recommended.

The FBI always figured Morris Levy was the front man for the syndicate in the record business. This beloved, feared music man finally gets the epic biography he deserves in Richard Carlin's fascinating Godfather of the Music Business.

- Joel Selvin, author of Here Comes the Night: The Dark Soul of Bert Berns and the Dirty Business of Rhythm and Blues

Richard Carlin has written an eye-opening, behind-the-scenes study of jazz and popular music through the fascinating (and checkered) career of Morris Levy. Digging deep into a variety of sources, Carlin has added fascinating, often highly personal, details to the history of popular music during the latter half of the twentieth century. This is a messy and revealing story, with an assortment of criminal types and sprinkled with many interesting photos.