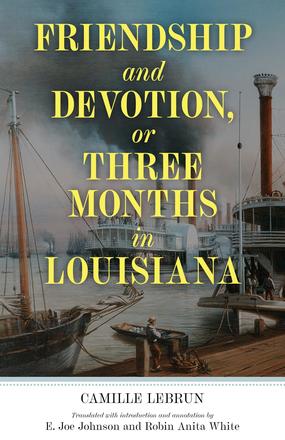 Parisian Pauline Guyot (1805–1886), who wrote under the nom de plume Camille Lebrun, published many novels, translations, collections of tales, and articles in French magazines of her day. Yet she has largely been forgotten by contemporary literary critics and readers. Among her works is a hitherto-untranslated 1845 French novel, Amitié et dévouement, ou Trois mois à la Louisiane, or Friendship and Devotion, or Three Months in Louisiana, a moralizing, educational travelogue meant for a young adult readership of the time. Lebrun’s novel is one of the few perspectives we have by a mid-nineteenth-century French woman writer on the matters of slavery, abolition, race relations, and white supremacy in France’s former Louisiana colony.

E. Joe Johnson and Robin Anita White have recovered this work, providing a translation, an accessible introduction, extensive endnote annotations, and period illustrations. After a short preface meant to educate young readers about the geography, culture, and history of the southern reaches of the Louisiana Purchase, the novel tells the tale of two teenaged, orphaned Americans, Hortense Melvil and Valentine Arnold. The two young women, who characterize one another as “sisters,” have spent the majority of their lives in a Parisian boarding school and return to Louisiana to begin their adult lives. Almost immediately upon arrival in New Orleans, their close friendship faces existential threats: grave illness in the form of yellow fever, the prospect of marriage separating the two, and powerful discrimination in the form of racial prejudice and segregation.

"There are not many female voices from this time period in French literature and none that I am aware of who write about Louisiana. Through the eyes of a French woman, Friendship and Devotion offers a new and necessary perspective to the history of antebellum Louisiana and Louisiana French history and culture. "

- David Cheramie, PhD, CEO of the Bayou Vermilion District and former executive director of the Council for the Development of French in Louisiana

"Friendship and Devotion stands apart from others of the time because it is written by a female author of note in the 1800s, Camille Lebrun, and because it has, until now, only ever appeared in French. This will be the first chance English readers have to engage with this material—a text representative of what young, educated people would have read at the time that highlights the notion that nineteenth-century writers were very much aware of the injustice of the enslavement system in the US. "

- Shana Walton, coeditor of Language in Louisiana: Community and Culture 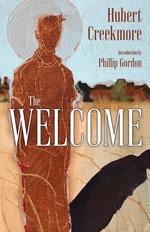