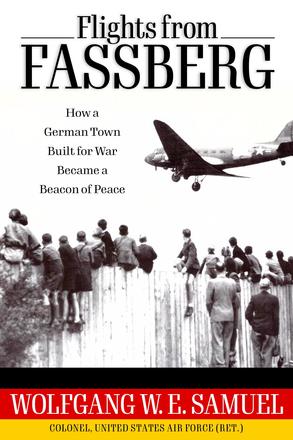 A brilliant merging of personal experience and world-changing, historical significance in a hamlet that held the line against Russia

Wolfgang W. E. Samuel, Colonel, US Air Force (Ret. ), interweaves his story and that of his family with the larger history of World War II and the postwar world through a moving recollection and exploration of Fassberg, a small town in Germany few have heard of and fewer remember. Created in 1933 by the Hitler regime to train German aircrews, Fassberg hosted Samuel’s father in 1944–45 as an officer in the German air force. As fate and Germany's collapse chased young Wolfgang, Fassberg later became his home as a postwar refugee, frightened, traumatized, hungry, and cold.

Built for war, Fassberg made its next mark as a harbinger of the new Cold War, serving as one of the operating bases for Allied aircraft during the Berlin Airlift in 1948. With the end of the Berlin Crisis, the airbase and town faced a dire future. When the Royal Air Force declared the airbase surplus to its needs, it also signed the place's death warrant, yet increasing Cold War tensions salvaged both base and town. Fassberg transformed again, this time into a forward operating base for NATO aircraft, including a fighter flown by Samuel's son.

Both personal revelation and world history, replete with tales from pilots, mechanics, and all those whose lives intersected there, Flights from Fassberg provides context to the Berlin Airlift and its strategic impact, the development of NATO, and the establishment of the West German nation. The little town built for war survived to serve as a refuge for a lasting peace.

"Full of photos from various stages in the air base’s evolution—and including a chapter devoted to what the author considers the most significant aircraft from his formative years, the Douglas C-54 Skymaster—Samuel’s book should interest Cold Warriors in general and specifically service personnel who did tours at Fassberg. "

"Flights from Fassberg is a valuable addition to the narrative of that critical time in history immediately after World War II. It provides a unique perspective on the Berlin airlift, as a whole, on one community’s direct involvement with the airlift, and on my own participation and contribution. It is also a captivating personal story of courage and survival as seen through the eyes of a youngster. As I have said, ‘Children hold the future of the whole world in their hands—our children and everyone’s children’; this story proves that. The airlift was and is the highlight of my flying and air force career. Thank you for remembering me and all those who gave their all to make this difficult undertaking a success. "

"Our world experienced dramatic and often brutal transformations in the twentieth century, many of them taking place in Germany. This incredible book focuses on the town of Fassberg and the personal experiences of author Wolfgang Samuel to humanize the grand story in exciting and often terrifying detail. Samuel weaves his own and others’ experiences with historic events—from Hitler’s rousing speeches through World War II to the Berlin airlift and Cold War—to paint a vivid picture of the worst and best of humanity. Samuel is uniquely qualified to narrate this account. As a child, he lived through the war in Germany and later became a US Air Force combat aviator. His skillful writing, vivid memories, and careful research will not disappoint. "

"A fascinating combination of personal remembrances and world events that only Wolfgang Samuel could write—a unique personal account from the perspectives of a child refugee, an immigrant, an air force officer, a father, and a historian that evokes the emotional drama and historical sweep for which his books are known. "

"Acclaimed aviation historian and retired US Air Force Colonel Wolfgang Samuel rushed to become an American so he could fly in service of his adopted country. In Flights from Fassberg, Wolf writes movingly of the little German town that just after WWII helped set his sights on the sky. Visit this small town and learn why young Wolf, war refugee, pursued and won his wings. "

- Dr. Thomas Jones, former B-52 pilot and author of Sky Walking and Ask the Astronaut

"Relying in part on interviews with American veterans, Samuel aptly depicts the role Fassburg and the nearly town of Celle played in the 1948-49 Berlin Airlift. This volume is particularly interesting for its account of the hardships German refugees such as Samuel faced; the Allied, particularly American, forces in postwar germany; and the repurposing of German Military bases throughout the 20th century. This micro-history/memoir is a welcome addition to the literature on thses subjects, and the account of the Airlift makes for a compelling read." 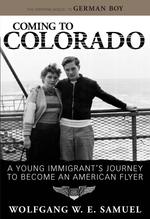 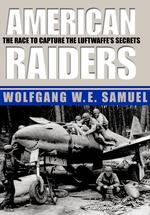 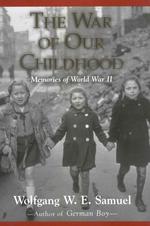 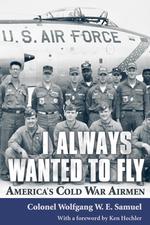 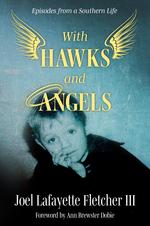 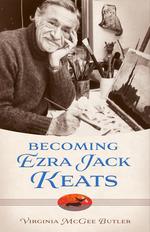 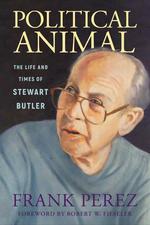