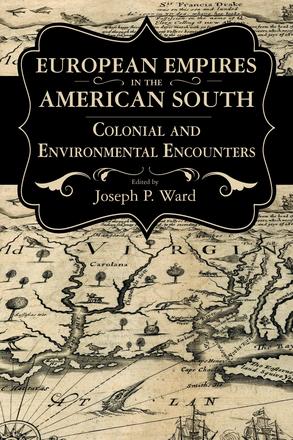 European Empires in the American South examines the process of European expansion into a region that has come to be known as the American South. After Europeans began to cross the Atlantic with confidence, they interacted for three hundred years with one another, with the native people of the region, and with enslaved Africans in ways that made the South a significant arena of imperial ambition. As such, it was one of several similarly contested regions around the Atlantic basin. Without claiming that the South was unique during the colonial era, these essays make clear the region’s integral importance for anyone seeking to shed new light on the long-term process of global social, cultural, and economic integration.

This volume includes essays on all three imperial powers, Spain, Britain, and France, and their imperial projects in the American South. While the consequences of Indian encounters with European invaders have long remained a principal feature of historical research, this volume advances and expands knowledge of Native Americans in the South amid the Atlantic World.

In this volume, Ward has collected a group of scholars who profoundly rethink the American South, the American colonies, and imperialism. Reading these essays, one will never think of the South as the land of cotton and slaves or of the most important colonial action taking place far in the New England colonies or of the imperial project as a well-oiled machine. Indeed, European Empires in the American South puts these myths to bed, finally.

- Robbie Ethridge, professor of anthropology at University of Mississippi, author of From Chicaza to Chickasaw, and coeditor of The Transformation of the Southeastern Indians, 1540-1760

Other Books By Joseph P. Ward