Recent years have witnessed an explosion in both the volume and scope of scholarship on satirical work produced by African American artists in various media. After something of a lull in the wake of three groundbreaking studies—Darryl Dickson-Carr’s African American Satire: The Sacredly Profane Novel (Missouri, 2001), Bambi Haggins’s Laughing Mad: The Black Comic Persona in Post-Soul America (Rutgers, 2007), and Glenda Carpio’s Laughing Fit to Kill: Black Humor in the Fictions of Slavery (Oxford, 2008)—the last seven years have not only featured dozens of dissertations, scholarly articles, book chapters, and conference presentations that examine black satirical expression, but also a wave of book-length publication on the topic, including:

•Jiří Šalamoun’s The Satire of Ishmael Reed: From Non-standard Sexuality to Argumentation (Masaryk, 2019)

Although each of these studies fills one or more notable gaps in the extant scholarship on African American satire, only the books by Guerrero (Key & Peele) and Morgan (Get Out and Atlanta) substantively discuss primary sources whose appearance post-dates the killing of Trayvon Martin in February 2012 and the subsequent rise of the Black Lives Matter movement.

The tumultuous cultural politics in the United States during these years have largely overturned even the most tempered optimism that Barack Obama’s two terms as president signaled a sea-change in the national attitudes about race, much less that the much-derided notion of a “post-racial” country had become a reality. Larry Wilmore referred to the abrupt cancellation of his Nightly Show on the Comedy Central network in 2016 as a part of “the Unblackening” taking place in American culture as the end of Obama’s presidency drew near.

Perhaps ironically, the phenomenon that Wilmore observed was accompanied by an unprecedented level of visibility and acclaim for black satirical art and artists. Paul Beatty’s 2015 novel The Sellout won the 2016 Man Booker Prize, Jordan Peele’s 2017 film Get Out received multiple Academy Award nominations, Kenya Barris’s television show Black-ish has run for six seasons (2014–present) on the ABC network and garnered numerous Emmy nominations during that time, and Issa Rae’s HBO serial Insecure (2016–present) has vastly extended the audience for what began as her influential web-series The Mis-Adventures of Awkward Black Girl.

We are soliciting contributions for a volume of new scholarly essays—already under contract for publication in 2022 by the University Press of Mississippi—that surveys the landscape of African American satire since the start of 2014, the “annus horribilis” that Clare Malone contends was the turning point of the American zeitgeist.

We are proposing to use Donald Glover’s acclaimed FX network series Atlanta (2016–present) as the focal text for the collection as a whole. Although our argument is not that Atlanta is necessarily the best or most representative black satirical text of this period, the show’s thematic breadth and structural/narrative experimentation make it eminently worthy both of close examination in its own right and of comparative examination alongside other contemporary African American satirical works in a range of media, including television, film, fiction, drama, graphic novels, web-series, music, social media, podcasts, and the visual arts.

The initial section of the book will feature essays focusing specifically on Atlanta, and examining its two (possibly three, depending if the next season—scheduled for early 2021—airs on time after production delays engendered by the COVID-19 pandemic) highly-regarded seasons from a variety of standpoints including (but not limited to) its depiction of and/or commentary on blackness, whiteness, ethnicity, race, national identity, gender, sexuality, economic class, familial relationships, the music business, the (New) South, hip hop, mental illness, popular culture, fame/celebrity, the Internet, the criminal justice system, absurdism, academia, and Afropessimism.

A second section of the book will use Atlanta as a touchstone for critical comparisons, preferably with other contemporary (i.e., since 2014) expressions of black satire including (but not limited to):

•web-series such as Ask a Slave, Dark Justice, and Black Lady Goddess;

We are seeking fifteen to eighteen essays—divided equally between the two sections—of between 4,000 and 6,000 words each that will collectively represent a wide range of critical approaches and methodologies; the only absolute requirement is that all of the essays in the collection should substantively engage with one or more episodes of Atlanta.

In the hope that at least one additional season of Atlanta will air early in 2021 (and thus provide additional primary texts for interpretive consideration), we are setting a fairly distant date—June 1, 2021—as the deadline for submission of completed essays. However, the editors enthusiastically welcome proposals of roughly 500 words and/or completed essays for consideration at any point prior to that date and are happy to offer feedback on such early submissions. All correspondence should be directed to Derek C. Maus or James J. Donahue. 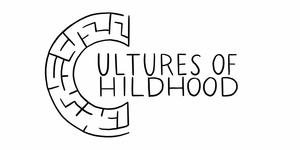 Announcing the Cultures of Childhood Series 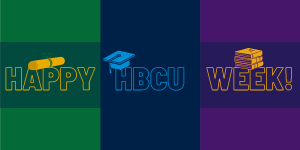