Julie Levinson is professor of film at Babson College. She has served as the film curator for several arts organizations and film festivals. Levinson is coeditor of Acting and author of The American Success Myth on Film, as well as book chapters and articles on a range of topics including genre and gender, documentary film, narrative theory, and metafiction. 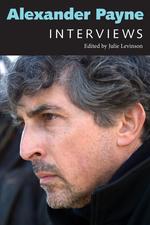