Bruce Levingston, Oxford, Mississippi, and New York, New York, is an acclaimed concert pianist who has given numerous world premieres at Carnegie Hall, Lincoln Center, and other international venues. The New York Times declared him one of "today's most adventurous musicians" and the New Yorker called him "a force for new music." He is founder and artistic director of the music foundation Premiere Commission, Inc., which has commissioned and premiered over fifty new works, and he is the Chancellor's Sally McDonnell Barksdale Honors College Artist in Residence at the University of Mississippi. 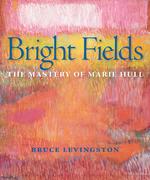