Donald P. Kaczvinsky is George E. Pankey Eminent Scholar in English and dean of the College of Liberal Arts at Louisiana Tech University. He has published extensively on twentieth-century British literature, with a specialization on the modern and contemporary novel. His scholarly writing includes books and articles on such writers as James Joyce, Lawrence Durrell, Alasdair Gray, and Graham Swift. 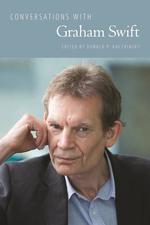