Barry Keith Grant, a professor of film studies and popular culture at Brock University in St. Catharine's, Ontario, Canada, is author of Voyages of Discovery: The Cinema of Frederick Wiseman, coauthor of The Film Studies Dictionary, and editor of The Dread of Difference: Gender and the Horror Film, Documenting the Documentary: Close Readings of Documentary Film and Video, and Film Genre Reader. 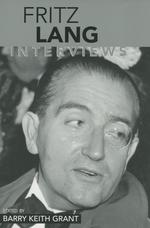