Robert K. Elder writes about film, the arts, travel, and music for the Chicago Tribune. His work has appeared in the New York Times, Premiere, the Los Angeles Times, the Boston Globe, Gear, the Oregonian, and many other publications. A member of the Chicago Film Critics Association, Elder teaches film at the Facets Film School in Chicago. 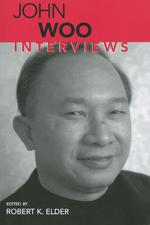