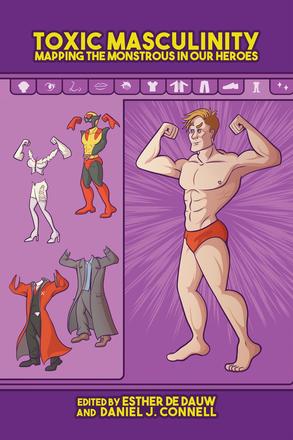 Mapping the Monstrous in Our Heroes

The superhero permeates popular culture from comic books to film and television to internet memes, merchandise, and street art. Toxic Masculinity: Mapping the Monstrous in Our Heroes asks what kind of men these heroes are and if they are worthy of the unbalanced amount of attention. Contributors to the volume investigate how the (super)hero in popular culture conveys messages about heroism and masculinity, considering the social implications of this narrative within a cultural (re)production of dominant, hegemonic values and the possibility of subaltern ideas, norms, and values to be imagined within that (re)production.

Divided into three sections, the volume takes an interdisciplinary approach, positioning the impact of hypermasculinity on toxic masculinity and the vilification of “other” identities through such mediums as film, TV, and print comic book literature. The first part, “Understanding Super Men,” analyzes hegemonic masculinity and the spectrum of hypermasculinity through comics, television, and film, while the second part, “The Monstrous Other,” focuses on queer identity and femininity in these same mediums. The final section, “Strategies of Resistance,” offers criticism and solutions to the existing lack of diversity through targeted studies on the performance of gender. Ultimately, the volume identifies the ways in which superhero narratives have promulgated and glorified toxic masculinity and offers alternative strategies to consider how characters can resist the hegemonic model and productively demonstrate new masculinities.

"The collection offers a varied exploration of portrayals of masculinities in (super)hero narratives by scholars from a diverse group of academic fields. "

"In an era when masculinity in politics, terrorism, big business, and the media industry seems to exhibit increasingly toxic qualities, this collection of essays is more than timely as it illustrates masculine strategies for maintaining and extending masculine power. "

"Superhero culture remains on the front lines as our societies renegotiate the boundaries and roles of gender in everyday life. De Dauw and Connell have here taken an expansive notion of the superhero—from Doctor Who to Dumbledore via Superman and Emma Frost—and the assembled chapters examine the complex iterations of sexuality and gender in these wide-ranging texts. How can we break free of the toxic patterns of oppression that limit men’s and women’s (and nonbinary folks’) human potential? How can putting gender and sexuality front and center in our analyses of superheroes advance this cause? I am grateful to De Dauw and Connell for working toward these answers. " 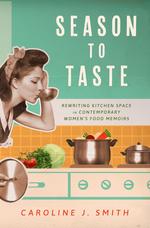