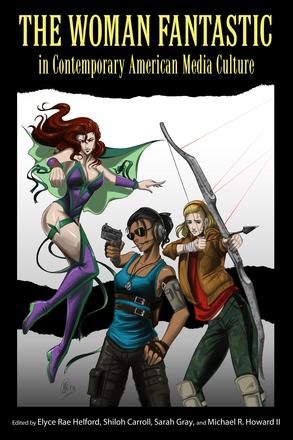 How the incredible heroine has evolved and shaped television, film, comic books, and literature

Although the last three decades have offered a growing body of scholarship on images of fantastic women in popular culture, these studies either tend to focus on one particular variety of fantastic female (the action or sci-fi heroine), or on her role in a specific genre (villain, hero, temptress). This edited collection strives to define the "Woman Fantastic" more fully. The Woman Fantastic may appear in speculative or realist settings, but her presence is always recognizable. Through futuristic contexts, fantasy worlds, alternate histories, or the display of superpowers, these insuperable women challenge the laws of physics, chemistry, and/or biology.

A lively and engaging collection that explores the meaning of strong female figures in popular culture. From She-Hulk to Sansa Stark, this book analyzes the images, plots, and cultural significance of characters we love. You will see the female fantastic in a new way after reading this book.

- Robin Roberts, author of books on gender and popular culture, including Anne McCaffrey: A Life with Dragons; Ladies First: Women in Music Videos; and Subversive Spirits: The Female Ghost in British and American Popular Culture

As recent internet debates and debacles (e. g. the hijacking of the Hugo Awards) have shown, feminism has had to re-fight old wars in new media battlefields, such as comics, games, and the poisoned pixels of internet discourse. Elyce Rae Helford, Shiloh Carroll, Sarah Gray, and Michael R. Howard II have assembled a set of fascinating readings on what they call the 'women fantastic,' which includes fantastic women like Buffy and Wonder Woman but also the entire field of the fantastic as a discourse in dialogue with gender. The articles gathered here touch on topics ranging from corporate media empires to fan resistance, and from body modification to virtual identities.

- Brian Attebery, editor of the Journal of the Fantastic in the Arts and author of Stories about Stories: Fantasy and the Remaking of Myth and Decoding Gender in Science Fiction