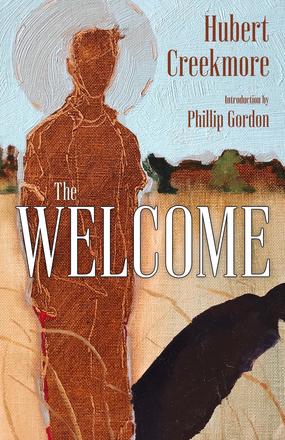 A new edition of the important, long out-of-print novel

Ashton, Mississippi, provides the deceptively sterile, conforming, and blindly respectable background in The Welcome, a novel written by Hubert Creekmore in 1948. After moving to New York following Jim’s wedding, Don returns home, routed by the Depression of the 1930s. He finds Jim stuck in an unhappy marriage, and Don's arrival intensifies Jim’s misery. As Jim sinks into alcoholism, Don connects with a new love interest, and their mutual friends persistently try to unlock the secrets between Don and Jim.

Ahead of its time in the depiction of same-sex relationships, the novel caused a scandal upon release. As Phillip “Pip” Gordon says in the new introduction written for this edition, “the majority of gay fiction prior to The Welcome structured tragedy as a natural outcome for being gay. Creekmore aimed higher and sought a narrative that does not show the same-sex lovers as flawed for their desires; rather, the problem is context.”

Creekmore was a prolific writer, literary critic, editor, translator, photographer, and librettist, and was good friends with famed Mississippi author Eudora Welty. However, Creekmore never had the success of his peers, and his work has been neglected, most of it falling out of print. This new edition recovers a significant addition to the canon of LGBTQ southern literature and a Mississippi author for a generation of new readers and scholars.

"Creekmore is probing the real north Mississippi with a deliberation that Faulkner was never really interested in doing, which leads to a very direct social challenge. Didactic or not, his subsequently clear-headed condemnations of homophobia, racism, and misogyny in midcentury Mississippi are as fruitful today as they were in 1953."

"With The Welcome, Hubert Creekmore has written a queer Peyton Place, full of thwarted desire, sterile marriages, suffocating small-town conformity—but amazingly, the melodrama never reaches such a pitch that we forget his characters are humans, delicately rendered, flawed, products of their time, and desperate, if only briefly, to rise above their circumstance. Set almost ninety years ago, Creekmore's novel is still relevant today."

- Nick White, author of Sweet and Low and How to Survive a Summer

- Jaime Harker, owner of Violet Valley Bookstore and author of The Lesbian South: Southern Feminists, the Women in Print Movement, and the Queer Literary Canon

"Hubert Creekmore’s fiction tackled religion, race, and sexuality in ways that set him apart as a white Mississippi writer. He also dreamed of a world far beyond small-town southern expectations of heteronormativity. Today, Creekmore’s groundbreaking novel The Welcome can be read as his meditation on the social constraints of the South with respect to sexuality. The solemn, helpless yearning of his character Don Mason in many ways mirrors Creekmore’s own desire for a more accepting and inclusive world."

- W. Ralph Eubanks, author of A Place Like Mississippi: A Journey Through a Real and Imagined Literary Landscape

"A precise handling—neither clinical nor sensational—of a marital as well as a psychological theme, this offers a well-integrated novel of character as well as of emotion."

Other Books By Hubert Creekmore or Phillip Gordon 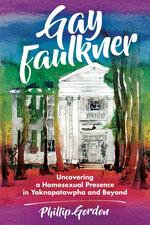