The Transformation of the Southeastern Indians, 1540-1760

The most current thought on Native Americans of the colonial South

The first two-hundred years of Western civilization in the Americas was a time when fundamental and sometimes catastrophic changes occurred in Native American communities in the South.

In The Transformation of the Southeastern Indians, historians, anthropologists, and archaeologists provide perspectives on how this era shaped American Indian society for later generations and how it even affects these communities today.

This collection of essays presents the most current scholarship on the social history of the South, identifying and examining the historical forces, trends, and events that were attendant to the formation of the Indians of the colonial South.

The essayists discuss how Southeastern Indian culture and society evolved. They focus on such aspects as the introduction of European diseases to the New World, long-distance migration and relocation, the influences of the Spanish mission system, the effects of the English plantation system, the northern fur trade of the English, and the French, Dutch, and English trade of Indian slaves and deerskins in the South.

This book covers the full geographic and social scope of the Southeast, including the indigenous peoples of Florida, Virginia, Maryland, the Appalachian Mountains, the Carolina Piedmont, the Ohio Valley, and the Central and Lower Mississippi Valleys. 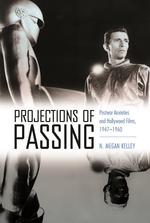