Migration and Identity in the Diaspora

Winner of the 2018 Gordon K. and Sybil Farrell Lewis Award for the best book in Caribbean studies from the Caribbean Studies Association

This book tells a distinct story of Indians in the Caribbean--one concentrated not only on archival records and institutions, but also on the voices of the people and the ways in which they define themselves and the world around them. Through oral history and ethnography, Lomarsh Roopnarine explores previously marginalized Indians in the Caribbean and their distinct social dynamics and histories, including the French Caribbean and other islands with smaller South Asian populations. He pursues a comparative approach with inclusive themes that cut across the Caribbean.

In 1833, the abolition of slavery in the British Empire led to the import of exploited South Asian indentured workers in the Caribbean. Today India bears little relevance to most of these Caribbean Indians. Yet, Caribbean Indians have developed an in-between status, shaped by South Asian customs such as religion, music, folklore, migration, new identities, and Bollywood films. They do not seem akin to Indians in India, nor are they like Caribbean Creoles, or mixed-race Caribbeans. Instead, they have merged India and the Caribbean to produce a distinct, dynamic local entity.

The book does not neglect the arrival of nonindentured Indians in the Caribbean since the early 1900s. These people came to the Caribbean without an indentured contract or after indentured emancipation but have formed significant communities in Barbados, the US Virgin Islands, and Jamaica. Drawing upon over twenty-five years of research in the Caribbean and North America, Roopnarine contributes a thorough analysis of the Indo-Caribbean, among the first to look at the entire Indian diaspora across the Caribbean.

"The Indian Caribbean: Migration and Identity in the Diaspora is a valuable addition to the existing historiography not only because of the variety of themes it covers; or the fact that it is a study of entire period of Indian migration in the Caribbean, from the arrival of indentured labourers until contemporary times; or even the fact that it offers a comparative discussion of Indian migration. It is a book that can be used in many academic disciplines from history and migration studies, to culture and society. It has potential value for a broad range of audiences from high school students to postgraduate researchers. A sense of continuity is evident throughout the period of study as well as the themes studied. "

"The Indian Caribbean is a welcome addition to the existing historiography on Indo-Caribbean communities because of its ambitious scope. It should provide researchers with an impetus for engaging with unexplored strands of the Indo-Caribbean diaspora and raise their appreciation for its multidirectional nature. "

"In this book, Lomarsh Roopnarine provides a thought-provoking analysis of Indian Caribbean histories of migration and mobility. Expansive in scope, The Indian Caribbean includes archival and ethnographic data spanning the commencement of South Asian indentureship in the New World in 1838, to post-war migration, to migration within contemporary contexts in Europe and North America in the late twentieth and early twenty-first century. . . . This important book inspires future research into what it means to have Indian Caribbean identity, to be part of Indian histories of migration, and to seek belonging within South Asian/Indian/American diaspora culture. "

"Roopnarine's study provides a valuable road map for understanding the multifaceted relationships between colonialism, transnational labor flows, and complex identity formations both past and present. What makes this volume especially useful is the author's demonstration that migration routes are not simply unidirectional, for they flow in many directions to weave an intricate socioeconomic net between the Caribbean, South Asia, and beyond. "

"By juxtaposing different streams of Indian migration into, within, and out of the Caribbean from the nineteenth century onwards, Lomarsh Roopnarine has finally landed Indians with a long-deserved Caribbean identity. " 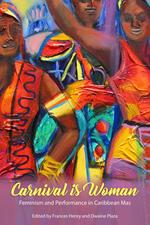