The Enchanted Quest of Dana and Ginger Lamb

Best-selling authors, sensational lecturers, documentary filmmakers, amateur archaeologists, spies for FDR--Dana and Ginger Lamb led the life of Indiana Jones long before the movie icon was ever scripted. "We blaze the trail," Ginger said, "and the scientists follow. "

The Enchanted Quest of Dana and Ginger Lamb is the first biography of this captivating, entrepreneurial couple. In Southern California, they started married life in 1933 by building a canoe. With only $4. 10 in their pockets, they paddled to Central America and through the Panama Canal. Three years later they returned triumphant, bearing a photographic record of the amazing trek that made them famous.

After releasing their best-selling book, Enchanted Vagabonds, the two became exactly that. They relentlessly lectured for the public and mooned for the media until they were able to fund more exotic voyages to remote jungles and rivers. So convincing were they on the circuit that their most powerful fan, President Franklin Roosevelt, coerced J. Edgar Hoover into hiring the Lambs as spies in Mexico. After World War II they launched their Quest for the Lost City, which yielded another book and documentary.

Drawing on historical records, the Lambs' books and letters, and recently declassified espionage documents, biographers Julie Huffman-klinkowitz and Jerome Klinkowitz show how the Lambs succeeded in marketing their conquests and films to armchair explorers around the world and how they became, in popular imagination, the quintessential American adventurers. 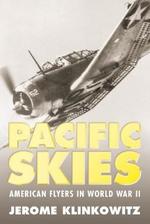