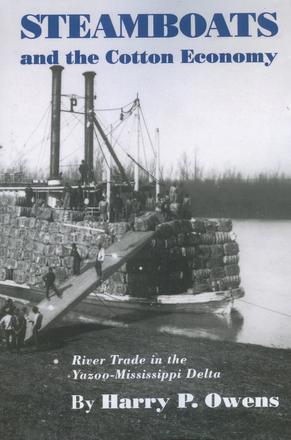 Steamboats and the Cotton Economy

River Trade in the Yazoo-Mississippi Delta

This first book to make a detailed exploration of the system of riverboat traffic of the Delta region, Steamboats and the Cotton Economy is also the first balanced study showing how steamboats in the early years of the republic performed essentially the same role that railroads would later perform in revolutionizing the interior of the nation. Today, the mention of steamboats conjures up romantic visions of cotton landings and mythological river traders. Some of the steamboats plying the Mississippi-Yazoo Delta waterways give form to the myth. Others call forth the true work-a-day world of steamers loaded with passengers, freight, and sacks of cotton seed. Such ubiquitous trade boats, cotton, gin boats, sawmills boats, as well as ice and mail boats, not only helped to build the Cotton Kingdom but also added rich texture and color to the history of the Delta. In discovering the role of steamboats in the everyday life of the Mississippi Delta, this book reveals the vital economic function of river transportation in the development of the region. With this as a major theme, Harry P. Owens shows how entrepreneurs developed and maintained this transportation system. He focuses on the biography of one of these businessmen, Sherman H. Parisot, and gives a case study of his steamboat company, the P. Line.

This history of the steamboat era in the region covers a century, from the 1820s when itinerate steamers of the Mississippi River mosquito fleet rushed into the Delta for cargoes and passengers, until 1920 when Mississippi River towboats and their barges entered the Delta waterways. Between these decades, young men who came of age along the Yazoo River gained control of their waterways in the late antebellum period and tried to hold them for the Confederacy during the war years. Re-establishing their control in the postbellum Cotton Kingdom, Captain Parisot and his associates fought a futile battle against the business giants of New Orleans. During the final days of the era, when they were confined to the Delta waterways, Yazoo steamboatmen faced the new challenge of the railroads. By 1900, the locomotive supplanted the steamboat for most interregional shipping, but steamers continued to transport large quantities of freight and thousands of passengers each year. After more than a century, steamboats, which had played such a vital role in the building of the Mississippi-Yazoo Delta, yielded to the internal combustion engine and the era ended.

Other Books By Harry P. Owens 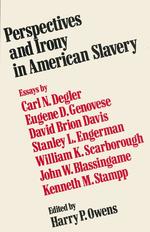 Perspectives and Irony in American Slavery