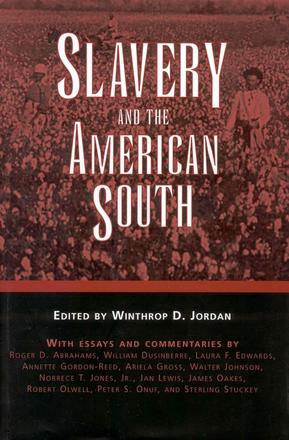 Slavery and the American South

In 1900 very few historians were exploring the institution of slavery in the South. But in the next half century, the culture of slavery became a dominating theme in Southern historiography. In the 1970s it was the subject of the first Chancellor's Symposium in Southern History held at the University of Mississippi. Since then, scholarly interest in slavery has proliferated ever more widely. In fact, the editor of this retrospective volume states that since the 1970s "the expansion has resulted in a corpus that has a huge number of components-scores, even hundreds, rather than mere dozens. " He states that "no such gathering could possibly summarize all the changes of those twenty-five years. "

Hence, for the Chancellor Porter L. Fortune Symposium in Southern History in the year 2000, instead of providing historiographical summary, the participants were invited to formulate thoughts arising from their own special interests and experiences. Each paper was complemented by a learned, penetrating reaction.

"On balance," the editor avers in his introduction, "reflection about the whole can convey a further sense of the condition of this field of scholarship at the very end of the last century, which was surely an improvement over what prevailed at the beginning. "

Winthrop D. Jordan is William F. Winter Professor of History and professor of African American studies at the University of Mississippi. His previous books include White Over Black: American Attitudes toward the Negro, 1550-1812 and The White Man's Burden: Historical Origins of Racism in the United States, and his work has been published in the Atlantic Monthly, Daedalus, and the Journal of Southern History, among other periodicals.

Other Books By Winthrop D. Jordan 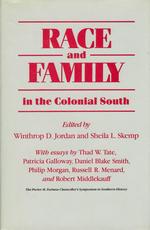 Race and Family in the Colonial South