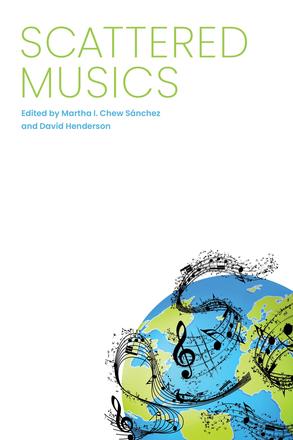 In Scattered Musics, editors Martha I. Chew Sánchez and David Henderson, along with a range of authors from a variety of scholarly backgrounds, consider the musics that diaspora and migrant populations are inspired to create, how musics and musicians travel, and how they change in transit. The authors cover a lot of ground: cumbia in Mexico, música sertaneja in Japan, hip-hop in Canada, Irish music in the US and the UK, reggae and dancehall in Germany, and more. Diasporic groups transform the musical expressions of their home countries as well as those in their host communities. The studies collected here show how these transformations are ways of grappling with ever-changing patterns of movement. Different diasporas hold their homelands in different regards. Some communities try to re-create home away from home in musical performances, while others use music to critique and redefine their senses of home. Through music, people seek to reconstruct and refine collective memory and a collective sense of place.

The essays in this volume—by sociologists, historians, ethnomusicologists, and others—explore these questions in ways that are theoretically sophisticated yet readable, making evident the complexities of musical and social phenomena in diaspora and migrant populations. As the opening paragraph of the introduction to the volume observes, “What remains when people have been scattered apart is a strong urge to gather together, to collect. ” At few times in our lives has that ever been more apparent than right now. 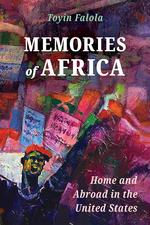