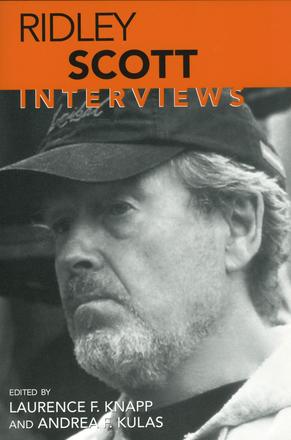 Collected interviews with the British filmmaker of classics such as Blade Runner, Alien, and Gladiator

Artisan, entrepreneur, and impresario, British filmmaker Ridley Scott accepts the profit motive as the only way to thrive in an industry where there is little patience for artistic flourishes or overblown expenses. Yet, while he may pay lip service to the free enterprise system, he is an unapologetic auteur, committed to using every element of film—from evocative lighting to digital composition-to overwhelm our senses and redefine how we perceive the future (Alien, Blade Runner), the past (1492: The Conquest of Paradise, Gladiator), and the present (Thelma & Louise, Black Hawk Down).

This collection of interviews follows Scott over twenty-five years as he perfects the Ridley Scott look, builds his media empire, and reacts to the twenty-year cult status of Blade Runner. Throughout, he discusses the triumphs and challenges involved in working with A-list actors—particularly such women as Susan Sarandon, Sigourney Weaver, and Demi Moore—and big-budget special effects. Scott emerges as a consummate English gentleman who acknowledges the legacy of the futuristic Blade Runner and Alien but who also is adept at taking the pulse of contemporary American culture.

Unlike many of his colleagues in the U. S., Scott did not attend film school. Instead, he developed his visual sensibility at London's Royal College of Art. Years in television production gave Scott the clout and confidence to revitalize feature filmmaking. He hit the jackpot with Alien but ran into financial and logistical difficulties with Blade Runner and Legend. In response he shifted his attention to more contemporary genres, offering a continental perspective on America in Black Rain and Thelma & Louise. By the late 1990s, Scott had achieved both critical and commercial success with Oscar-winning films Gladiator and Black Hawk Down.

Other Books By Laurence F. Knapp or Andrea F. Kulas 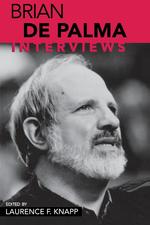 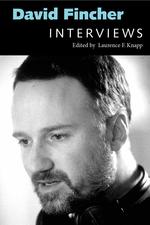